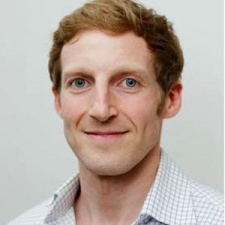 So having spoken to its Tokyo GM Shawn Bonham about trends in the Japanese market, we also fired some questions over to its head of sales in China, Chris Rupp.

Pocket Gamer: What do you think is the biggest challenge in the Chinese mobile games market that Adjust can solve?

Chris Rupp: The Chinese app market is highly fragmented. Google Play is banned in China, and users download apps from various thirdparty app stores as a result. On iOS, we also see a lot of thirdparty stores for users with jail broken devices.

To mitigate this fragmentation, we help Chinese app marketers track their user acquisition campaigns no matter if the user downloads the app from an official store, a thirdparty store or any other website, all in one single dashboard.

Additionally, we support campaigns where the app is pre-installed on devices from tablet and phone manufacturers.

There are plenty of local companies offering the same services as you so why do you think that a Berlin head-quartered company will be a success in this region?

First of all, from a language perspective, we are completely localized, our dashboard is currently getting translated, all documentation is available in Chinese and the account management is supported by Chinese native speakers.

With more than 400 integrated networks, including Facebook and Twitter, our customers can easily setup their worldwide user acquisition campaigns with just a couple of clicks.

Secondly, we differentiate from local companies by offering our services on a global scale. With more than 400 integrated networks, including Facebook and Twitter, our customers can easily setup their worldwide user acquisition campaigns with just a couple of clicks.

Also, our features have a lot to offer - in addition to cohort analysis in real-time, we support all the major retargeting and reengagement networks, and we offer deep linking that can be applied with ads from any channel.

To round things up, we are the safest provider on the market with compliance to the European privacy laws, full SSL encryption and an open source SDK.

Do you think the Chinese market is becoming more westernised in terms of the mobile games that are successful and business operations, or will it always be a highly individual market?

The Chinese market has already adopted some western products such as Candy Crush Saga and Clash of Clans, but it seems to me that these examples will remain exceptions.

For foreign developers entering China, it will still be the best choice to partner with a local company, especially on Android.

Not only for localization of language and content, but also because payment methods and marketing are very individual.

Finally, what are the key trends you're seeing in the Chinese mobile games market at the moment?

Since the Chinese mobile gaming market exploded in 2013 and competition got fierce, game publishers are looking out for new markets. For instance, the domestic market is currently dominated by Tencent, which gained massive market share after releasing its mobile platform last year.

While last year only the bigger companies tried to increase revenues overseas, recently, we've seen many mid-sized and smaller-sized companies release apps on foreign markets because the competition in the domestic market is challenging.

We anticipate this trend to increase further in 2015.