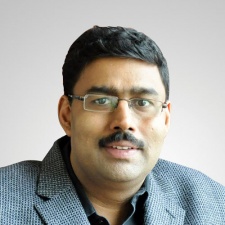 2015 is shaping up to be a big year for Indian developer and publisher Reliance Games.

Not only is it working with Pocket Gamer's publisher Steel Media to run the first Pocket Gamer Connects conference in Asia - the event will be held in Bangalore in April - but it's also looking to aggressively expand its operations in the west.

As CEO Manish Agarwal puts it, Reliance is now in buying mode.

During 2015, it expects to acquire a number of small western mobile developers it can use to accelerate its global business strategy.

"We're looking for studios with good experience of technology, especially Unity, who are excited to work on thirdparty IP," Agarwal explains.

This approach dovetails with Reliance's existing model, which sees it partnering with Hollywood IP companies to launch mobile games based of films ranging from Pacifiic Rim to Real Steel, Hunger Games, and Total Recall.

"We see strong advantages of working with movie IP, especially when you choose the right genre that works well with the licence," explains Agarwal.

As for Unity, it's a technology that Reliance knows well and has worked hard with in terms of integrating its own platform of analytics and monetisation smarts.

Given Reliance's base in India and global focus, the ability to publish games on all mobile platforms, from iOS and Android to Windows Phone and BlackBerry - is another key advantage of the technology.

Combining the best of local and global is another theme that Agarwal is keen to highlight in terms of the just-announced Pocket Gamer Connects Bangalore conference.

Bullish on the growth of the Indian mobile games markets, Agarwal says he wants to expose the growing start-up scene in the country with the best international expertise.

"We're keen to accelerate the ecosystem in India, to encourage more start-ups, and offer them opportunities to succeed," he says.

This is something Reliance will also be building on as it launches a 6-city game jam this week, that will conclude with the winners of the $20,0000 first prize being announced at Pocket Gamer Connects Bangalore.

PG Connects Bangalore is now open for advance tickets and speaker submissions. However in the meantime you can hear a little more about Reliance Games' plans direct from Manish at PG Connects London (13-14th January).