Indie devs get started on the road to PGC Bangalore 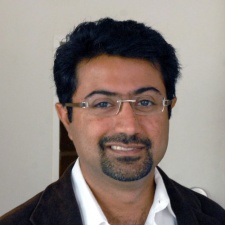 There’s a big 12 months ahead for the Indian mobile market, with various forecasts predicting explosive growth in smartphone sales en route to becoming the world’s second largest market. Suffice to say, the growth of the mobile games market should naturally follow and Reliance Games is working hard to support the industry both at home and abroad.

Aside from working with PocketGamer.biz publisher’s Steel Media on the Pocket Gamer Connects Bangalore (April 16-17), they’ve just launched the Game Hack initiative which will tour major Indian cities with the aim of supporting, educating and identifying the best local game developers.

We spoke to Amit Khanduja, EVP of Reliance Entertainment - Digital at the Bangalore launch to get more information on the plan.

Pocket Gamer: Reliance Games has big ambitions for the mobile games industry in India and beyond. Is Game Hack a key part of this strategy?

Amit Khanduja: India is a market where mobile gaming is expanding and we believe Game Hack will enable talented game developers in India to publish their games locally and globally around the world. We also believe the cream of game developers here, identified from Game Hack, can potentially work on some of our global IPs and amazing games slated to launch in India and Global markets over the next 18 months.

Game Hack will provide a great platform to showcase Indian games in the global market and give an opportunity for Indies to be discovered by international media, meet investors and global publishers.

This would enable the Indies to learn from global and local experts. We hope to get a glimpse of the top notch Indian talent with Game Hack and aspire to publish some of the Indie games or develop some exciting games in an incubation or co-development model with the talented developers here.

What sort of games are you hoping to see?

Traditionally we have seen casual, puzzle, racing and casino oriented games from the Indie ecosystem in India. We are also looking forward to seeing other genres such as arcade, shooting, action & sports from the Game Hack

China is the most explosive mobile games market in the world and people are suggesting that India has the same potential. Is this your view?

India today is where China was three years back. India is the fastest growing smart phone market in Asia with recent reports from IDC hinting at 80 million plus smart phone shipments in CY 2014. Mobile games are the prevalent form of entertainment apps that consumers are downloading on their new devices.

A combination of positive consumer sentiments, exponential growth in mobile game downloads, consumer spending online, and lowering of data prices augurs really well for the mobile game market in India and these are great indicators that monetization will follow. In coming years, India would be one of the top markets in the world for mobile games.

What is the potential for the Indian mobile games market and Indian games developers in the next few years?

India is a unique market where mobile game downloads are exploding, however the constraining factor of internet speeds means that mobile game developers need to be conscious of game design, app size and other factors.

With many first time gamers in India, ad revenue will remain the dominant model for the domestic market for the next couple of years. As the domestic market matures and internet bandwidths improve, in-app purchases in games and premium game downloads would gather tremendous momentum.

The game development ecosystem really needs to look ahead, learn and improve on design, monetization for the games and we believe Game Hack and PG Connects Bangalore will bridge that gap and expand the horizon and expertise of Indie developers on those fronts over the next few years.

What is the one piece of advice you'd offer to game developers entering Game Hack?

This is the best opportunity for you to get global recognition, be discovered by publishers and win a handsome cash prize of a million rupees. Polish your games, submit them by March 20 at www.game-hack.in and prepare for the Big Indie Pitch at PG Connects to make sure you give yourself the best chance to win. In a nutshell give it your best shot and don’t hold back!

Many thanks to Amit for his time.

The Game Hack initiative is live now for Indian developers to register at www.game-hack.in.

The official site is open now for speaker submissions and advance ticket sales.

GameHack devs on the future for the Indian mobile game market