Pune start-up looks to the future 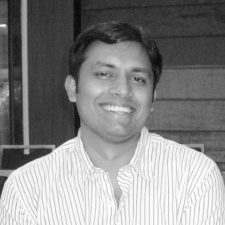 Following the rise of China, many consider India to be the next key mobile gaming market.

I has the potential of a billion-strong population, as well as a strong IT infrastructure and a high proportional of English speakers.

Yet it remains nascent in terms of domestic revenues. That's not discouraging the vibrant mobile game development scene; something PocketGamer.biz will be focusing on during 2015 as we build to Pocket Gamer Connects Bangalore in April 2015.

As part of this, we caught up with Prabodh Pallu, who's the executive producer and Play Motion, a developer based in mid-western city Pune.

Pocket Gamer: Can you give us some background on Play Motion - how you formed and what sort of games you make?

Prabodh Pallu: We are a bunch of passionate gamers who have worked in mobile gaming industry for a considerable amount of time.

We all have mostly worked on simulation and action games and wanted to continue with the same genre. Ironkill, our first title, is a robot fighting game and we plan to continue in a similar genre for future games.

What's it like being a startup mobile developer in India in terms of getting investment and skilled staff?

Mobile gaming has gathered a lot of interest recently in India. There are number of mobile gaming companies from India who have proved themselves successfully in a short amount of time.

A lot of successful games (casual, action and arcade) were conceptualised and created in India. Hence, investors have been interested in exploring the space too. If there is a great idea, there are multiple avenues for getting investments and bringing it to life.

There is no dearth of skilled staff in India. In fact companies like Zynga and Electronic Arts have extended offices in India with huge workforces.

More generally, what's the indie developer scene like? Are there any strong clusters forming is or is everything still nascent?

Yes, there are a lot of indie developers also forming their studios in India.

India is ranked third in the world in terms of Android downloads.

We recently met a lot of them in Gaming Development Conference. They are very talented and I am glad to see the creative and unique games coming out of these studios.

In terms of your vision, what are the key markets for your games? Does India feature at all?

Our primary markets are USA and Japan and other English-speaking countries as fighting games and robot themes are very well received there.

India is also one of the primary markets for us. Given the development potential, India has the highest growing mobile network in the world.

Although Apple is a very small player in the Indian smartphone market, Android is huge here - India is in third position internationally, in terms of number of downloads from Google Play (according to App Annie) and hence a very important market for us.

Do you think India will be the next China or is that a very simplistic attitude?

China is one of the largest markets in the world for mobile gaming and India is definitely reaching there.

There are still challenges related to average user spending and distribution of mobile apps compared to China but we aren't restricted by language. The majority of the Indian population speaks English.

However, I would say that China doesn't have as much artistic freedom as we have, given the censorship policies in place there. Also it's easier to own publishing licences here in India than in China - there aren't any real restrictions on launching mobile games here.

What was the inspiration foryour debut game Ironkill? How much are you building on your experience from Real Steel?

We love robots. We love robots fighting. Transformers, Real Steel and Pacific Rim have been our main inspiration.

Real Steel helped us develop an understanding of audience and their interest in robot fighting games. We took that knowledge forward to give users fresh and new that they would like.

What's the reaction been so far?

It's been great. We loved how users have liked the simplicity of the game, even though it has been compared to Real Steel, by users and media alike. Everyday we get emails from the players asking when is the next generation of robots being launched?

We take every feedback very seriously and have already started working on few of the improvements that have been suggested by the players. We are constantly working towards improving our UI and engaging the audience in the best way possible.

Our plan is to introduce localised content within the game (be it extra robots or NPC characters) in major territories so our community can get further immersed in the game.

Can you tell us anything about your plans for 2015?

We plan to kick off the year with the next generation of robots in Ironkill while constantly improving on the user experience.

We also will be creating a few casual, fun games in 2015 under our sister concern, Gamecubator Labs.

Thanks to Prabodh for his time.

The Indian mobile games market is something that PocketGamer.biz will be covering indepth during 2015, most notably in the build up to the Pocket Gamer Connects Bangalore conference which will be taking place on 16-17 April.

You can find out more details and register for tickets via the website.