The build up to Bangalore 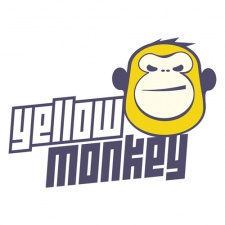 In the lead-up to Pocket Gamer Connects Bangalore 2015, we're catching up with the top developers from the region to discuss their views on the Indian marke.

Pocket Gamer: How  excited are you about the Game Hack opportunity? Do you fancy your chances?

Shailesh Prabhu: The Game Hack seems to be a good opportunity for various reasons. I see Pocket Gamer, 148 Apps and AppSpy being part of this as a HUGE plus, since getting global attention for games developed in India has been a problem for a long time.

Besides that, the cash prize and potential publishing deals also seem like a good initiative. I do fancy our chances, we have some really cool prototype and also a near finished and highly polished game that we can submit. Its time to evaluate our best approach to this :)

How do you think Indian mobile games compare to the best from the west (and east) currently? Where does India stand in the global picture?

I think Indian games mobile or otherwise still have a long way to go. The games made in the Indian industry on the whole, lack the polish and usability that global games offer.

However, I think in the past few years we have made impressive strides.

What is the potential for the Indian mobile games market and the Indian games developers?

This is a tricky one, Indians have not been too keen on paying for games, be it up-front or in-app. I have heard stories of large numbers of downloads but I still don't know what their monetization is like. In that light, ad-supported gaming might be a good bet.

However, I do believe that the market is very global and developers here should not shy away from targetting the western audiences as well.

What are your own aspirations?

Our aspirations are simple - Make awesome games (on the platform that the game deserves) and sport weird moustaches!

We are working on Sociobal - a puzzle game with a strong social element riight now. We have two more pitches in the works, one of which is for PC/console for digital downloads.

What one thing could have the most effect on the Indian market?

I think users being more open to pay for content is the biggest thing that could happen to the market in India.

You can check out what Yellow Monkey is up to via its website.

The Game Hack initiative is live now for Indian developers to register at www.game-hack.in and will be visiting Chennai, Hyderabad, Delhi and Mumbai over the coming weeks.

Pocket Gamer Connects Bangalore focusing on the Indian and South East Asian ecosystems, how Indian developers can make it in the west, as well as all the usual PGC goodness is open now for speaker submissions and advance ticket sales.

GameHack devs on the future for the Indian mobile game market

Is India's imagination worth capturing?

Hashstash Studio on its aspirations for the Indian mobile game market