Sega's investment wasn't about the cash, it was about Japan, says Space Ape

Toby Moore on a strategic move 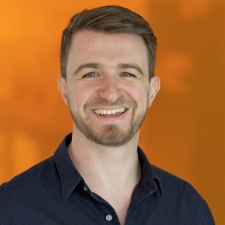 Toby Moore is CTO and Co-Founder of Space Ape, which means he spends most of his time turning things off and back on again.

Most recently Toby was the CTO at Mind Candy, where his team turned Moshi Monsters off and back on for 6 years serving over 75 million users. Toby is from the UK

There's already been plenty of M&A activity during 2015.

Sega Networks, the digital arm of the veteran Japanese publisher, has been particularly active with three deals, including a strategic investment in UK studio Space Ape Games.

It's built a successful business off the back of its debut game Samurai Siege, and thanks to recent $7 million funding round, is now is preparing to launch its second game Rival Kingdoms.

As often seems to be the case, however, the deal with Sega wasn't about the money.

"We were introduced to Sega, and while they did invest a small amount, this deal is about getting access to the Japanese market," explains Space Ape CTO Toby Moore.

Surprisingly, given the conventional wisdom about its insular nature, Space Ape localised Samurai Siege and successfully launched it in Japan without a local distribution partner.

And according to Moore, Japan was the #2 market for the strategy game, which riffs off of Clash of Clans, albeit with more focus and depth on multiplayer activity.

Now, however, with the stakes raised, and 18 months spent developing Rival Kingdoms - "productising our learnings about events, match-making and monetisation" says Moore - Space Ape wants more solid backing for its next push into the Japanese market.

"There's a great fit with Sega Networks," says Moore. "They're hungry for success and we're globally ambitious too."

As well as Japan, Space Ape is also looking at ensuring Rival Kingdoms performs in the other lucrative southeast Asia markets, having already lined up an as-yet unannounced partner for the Korean market.

And if that's wasn't a sufficient workload, the now-75-people-strong London-based team is starting work on its third title.