Why talent acquisition is vital to India's gaming success 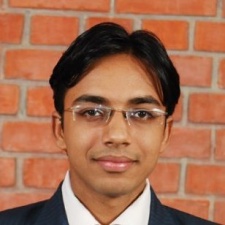 According to Mumbai-based developer All In A Day's Play, talent acquisition will be key to growing India's gaming industry.

"One of the biggest problems is getting talent," co-founder Abhinav Sarangi tells Pocket Gamer.biz from the floor at PGC Bangalore.

"Here in India we don't really have a pool of ex-Ubisoft artists we can tap in to. When I talk to other people they often have the same problems with getting artists or game designers."

The issue is partly down to the youth of India's game scene, though GREE's Andrew Sheppard has previously pointed out that talent acquisition is an issue that global developers need to start considering.

Still, in India most of the developers here are first-generation gamers, introduced to the industry through the proliferation of smartphones rather than PC or console.

Their inexperience means there's not a body of native gaming history to draw upon that can colour new titles, though Sarangi believes a bigger issue lies in the industry's georgaphical displacement in India.

"The game development scene is mostly focussed in Bangalore and Mumbai," he explains.

The game development scene is mostly focussed in Bangalore and Mumbai.

"In Bangalore, it's because it's the tech hub of India - our Silicon Valley. For Mumbai, it's the LA of India with Bollywood and great art schools that we can often draw designers from.

"All In A Day's Play is based in Mumbai, and we face problems trying to find talented programmers - though artists are easier. Meanwhile, all the VCs are based in Bangalore."

Then there's the community issue. Events and conferences like Pocket Gamer Connects are rare, where developers are open about the projects they're working on to cross-pollinate ideas and creativity.

"This is the first time I've seen people coming and out and sharing their games," Sarangi says.

"Most of the time they shut themselves in their offices, while the rest of the world I see game jams and meetups between studios. But hopefully this is the start of a wider scene."

Indeed he's optimistic for the future, largely thanks to India's voracious appetite for knowledge.

"We may not have huge experience," he admits, "but one thing which I really like as a community is that we pick things up very quickly. I'm seeing it in my studio and in others too.

"There's a lot of history in India and India specific stories that we can talk about in games. I'd like to see more Indian stories that are not just targeted at India, but created for everyone."

Not every game has to be free-to-play

6 things we learned about India's games industry at PGC Bangalore