It's a westward journey 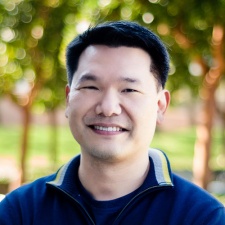 NetEase has been of a hunt of late to acquire the rights of hardcore-leaning Western games for China, its local marketplace.

The Ghuangzhou-based mobile game service provider has recently inked deals to bring both CastleStorm and ChronoBlade to China, buoyed by the success of its self-developed game Fantasy Westward Journey.

The latter has kept hold of the number one spot in the China iOS App Store's top grossing chart since its launch in March 2015, and NetEase is keen to repeat the success with Western-made games.

We caught up with NetEase North America's general manager, David Ting to chat through some of the key differences between the Eastern and Western markets, and how exactly NetEase goes about bridging the gap between them.

PocketGamer.biz: What are the key differences between Eastern and Western markets?

David Ting: Consumer behavior is the biggest differentiator we’ve seen in addition to the genre of games people enjoy. In the West, there’s such a wide variety of products that people play and we’ll see the top charts dominated by everything from casual match-3 or city building games to mid-core and core tower defense or action strategy.

In Asia, we’ve seen players lean towards some of the more core genres like ARPG or MMO games. We’ve also seen users spend a lot more per person in games to achieve a variety of play experiences.

When we think about bringing some of our most successful games over from China, we have to consider these user behaviors and we evaluate all aspects of gameplay from the first time a user boots up a game and how the tutorial is introduced to monetization and making sure the game is balanced for a Western audience.

What are some of the mistakes Western companies make when targeting Chinese audiences?

One is not adapting the game to the play styles of different cultures. You have to understand what kind of experience an Asian player versus a Western player would want from your game. It might involve changing game mechanics, especially the business model, and you have to be willing to make that plunge.

For example, Asian players are a lot more receptive of pay-to-play mechanics e.g. having the strongest in-game item for purchase than Western players.

Another is not understanding the ecosystem of the App Store and Google Play stores. The Chinese [Android] app stores are very fragmented and there are so many thirdparty stores that gamers have at their disposal and this is where partnering with strong publishers in the target markets is key.

With so many great games to choose from, you have to earn trust as a company with high quality products to the players in the space before entering it.

21Pink's executive director recently claimed that around nine out of 10 (91 percent) of all games released in China fail to find an audience. In your experience is this true? And if so, why is there such a high failure rate in China?

If true, these statistics don’t surprise me. China’s population is bigger than North America and Europe combined. This means there is a much bigger audience in China, but also a lot more competition to get noticed. Developers always say it is difficult to fight through the noise on the North American and European markets and this is definitely the case in China as well.

At NetEase, we’ve been lucky that quite a few of the games we have put out in China have received very positive reception from players.

We’ve seen especially great success with our recent launch of Fantasy Westward Journey, which has remained in the top grossing charts on the Chinese App Store since launch and currently has over 2 million active players.

"Chart stasis" or the lack of movement at the top of the app store charts is a big problem in the West. Do you have any plans to shake things up at the top?

As we mentioned, we’ve already reached #1 in App Store ranking in China with Fantasy Westward Journey, and hope to remain there. It all starts with leverage in a recognized brand - not only from our corporate recognition, but also in the game which was originally a PC MMO.

Combined with its high production value, we were able to generate enough excitement to catapult it to the top of the charts, and we’re now investing heavily in gameplay to ensure that we retain the users to remain in the charts.

As for shaking up the charts in the West, it’s obviously a very difficult thing to do as there are plenty of well-established brands here, too. Right now, we’re focused on bringing over great games for players to experience.

We’re also hopeful about Apple’s effort to highlight games for their quality, innovation and fun, so developing games that fit that requirement should get a nice boost into the charts and hopefully changes things up a bit in the future.

As mentioned above, it all started with brand recognition and history behind the game, which originally succeeded as an MMO for PC gaming.

From there, we developed a mobile game that allows players to continue the deep experience they love on the go sticking to the gameplay we knew players were already enjoying. In terms of its future potential in the US, the game is currently available in simplified Chinese and we haven’t announced any plans for additional localization.

NetEase seems to be focusing on acquiring the rights of hardcore-leaning western games for China, such as ChronoBlade and CastleStorm. How successful have these games been in China?

Our division is specifically focused on bringing great game experiences from our team in China and culturalizing for a Western audience.

We don’t have any specific information to share at this time on the performance of ChronoBlade and CastleStorm but I know the team was very excited to work on these new products.

You've scored a number of international partnerships over the past few years - are any more on the cards?

We’re always open to and welcome potential partnership discussions, especially in the West. Globalization is a key initiative for NetEase, and we firmly believe that to succeed in the West you not only have to have a local presence, but should also find partners that can help you succeed.

While I can’t comment on discussions that are taking place now, you can certainly expect to hear some news from us soon- this applies to all aspects of the games business, particularly in the mobile ecosystem.

What targets is the new US office working towards?

Our main focus and priority right now is to continue working with our mobile game development teams in China to properly culturalize a fun experience from the ground to maximize potential for success in the West.

We do have the luxury of support from our Chinese parent office to take our time in doing so, with the ultimate goal of releasing mobile games that are not only enjoyable by Western players but also provide a financial return.

Additionally, everything we do here is a learning experience that we build on to improve our chances for success in the future. Finally, we hope to strike new partnerships that help us succeed in the West, but also open doors for Western developers/publishers to succeed in China.

What are NetEase's plans for the next year?

We aim to finish development on several new mobile games this year and publish globally, the first being Speedy Ninja for the App Store and Google Play.

With these launches, we hope to learn valuable lessons that will help us continue to grow our presence in the West, with the idea that our experience, talent, and success in China will help us release that next big blockbuster game on a global scale.