How things changed for UNWYND 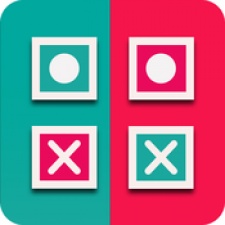 When we meet Ankush Madad on the third and final day of the NASSCOM Game Developer Conference 2015 in Pune, India, he's already delivered his talk.

A post-mortem of his game UNWYND, entitled 'From Android Failure to Editor's Choice on iOS', the talk discussed the confluence of circumstances that led to the puzzle game gaining App Store traction in the face of indifference on other platforms.

Madad's is ostensibly an Indian success story, which is encouraging, but it also speaks to the disconcerting randomness and unpredictability that comes with being indie, anywhere in the world.

It's a classic example of how success and failure can flit into a developer's life in a seemingly random fashion, with no convenient formula for others to learn from or replicate.

And so, while it makes for a fascinating story, there's little sense here that Madad is attempting to school others on how to make similar achievements.

Indeed, he's still working through the same uncertainties himself, with no guarantee that Dropout's next game can reach the same heights.

“Initially, when we launched on Android and Windows Phone, we had absolutely no idea how things worked,” recalls Madad.

“The situation was, to be honest, pretty f***ed up. The game has failed miserably on both those platforms. But, as we went on, we started to learn about a lot of things.”

The game has failed miserably on Android and Windows Phone.

If there is any applicable lesson to learn from Madad's story, it would be the importance of networking, attending events, and getting your game in as many hands as possible for feedback.

“The biggest turning point for UNWYND was Pocket Gamer Connects [Bangalore 2015],” he reveals.

“We connected with a lot of people, we got a lot of feedback, and we really wanted to focus on what they didn't like about the game.

"During that period, we also got press coverage from Pocket Gamer and some other sites.”

It's to a combination of said press coverage and frequent social media updates that Madad attributes his out-of-the-blue message from Apple, which expressed an interest in UNWYND and Dropout Games.

“It was pretty random, and we didn't know that such things happened like that - Apple mailing you and asking about your game?” he recalls, the shock he must have felt that day still lingering in his voice.

“I told them what plans we had for iOS, all the changes that we were making, and they were pretty satisfied.”

With Apple promising to maintain a dialogue and continue tracking the game's progress, that appeared to be that.

“I thought that it would just be featured in India, but then it got a worldwide feature... games get featured in our own region, but for an Indian game to get featured in countries like UK, US - that's very rare.”

A nice surprise, sure, but had Madad known the game was going to be exposed to such a massive audience, he says he would have looked to make a few changes.

Principal among these: implementation of the premium model.

“If you knew Apple was going to feature you, then you'd probably want to go and make it a premium game.

"Then, if it's liked by people, they'll make sure people buy it,” he says.

“Even though the audience is niche, you know that you only have those 6,000, or 20,000, or 50,000 people to care about instead of millions of people who are not really interested in your game but are trying it out.”

Madad suggests that he'd find it easier to make tweaks and changes for a smaller yet more engaged audience than a fickle player base that, “if they don't like it, just gives one star without thinking about how it affects the developers.”

If you knew Apple was going to feature you, then you'd probably want to make a premium game.

It seems the feature was a double-edged sword in inspiring a number of downloads, while simultaneously exposing the game to an uncompromising type of player for which Madad was unprepared.

And while the quality of the game was sufficient to earn an Editor's Choice award, that was not always translating into the immediate reactions of players.

As such, when it comes to the currently in-development follow-up Blyss, Dropout is toying with the idea of going premium. If another featured spot could be guaranteed in advance, then Madad suggests it would be a no-brainer.

“But that kind of thing doesn't happen,” he laments. “If it did, it would allow developers to strategise their moves accordingly.”

However, Dropout made its bed with free-to-play in UNWYND, and the model hasn't served the studio at all badly.

Madad reports, somewhat predictably, a significant spike in revenues that coincided with the game's worldwide feature, the benefit of which is still being felt and occasionally buoyed by subsequent regional features.

However, while it's an encouraging story for Indian development that this can happen, breaking down the revenues makes for a sobering account of the Indian market.

“In India, we got nice reviews but didn't really make a lot of money. Our money came mostly from US, UK, Canada, and China,” explains Madad.

The main reason, he suggests, is the long-standing issue that credit cards are not widely available in the region. Is this something that's likely to change any time soon?

“I don't think it will be solved for another 10 years.”

What can be learned from Madad's story, then?

Perhaps that success is ultimately unpredictable - and you won't always be ready for it - but your chances will be increased if you share your game with as many people as possible.

Be visible about your progress via social media, get people playing at events, and - most crucially - adapt to their feedback.

With Dropout sticking to that formula that served it so well with UNWYND, it will be interesting to see what it can achieve with Blyss.

"If someone doesn't get the feature we had, I don't think they'd be able to sell more than 100 units"