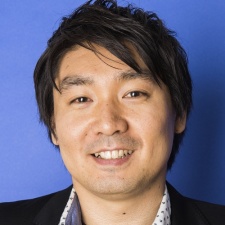 Shohei Yoshioka: The King purchase by Activision Blizzard shook all corners of the games industry. It is not only a 2015 highlight, but will set the stage for 2016.

King’s performance, whether it continues to produce high-earning titles and revenue in the new year, will determine whether we see more core gaming brands like Activision Blizzard building their stakes in mobile as well as the price of future acquisitions.

King’s performance will determine whether we see more core gaming brands building their stakes in mobile.

In short, how Activision Blizzard and the industry as a whole evaluate the company’s return on investment in King will dictate whether the core gaming and mobile gaming sectors keep exchanging large sums.

We opened our office this year! Since we just started in the US, we have been staying the course: making great games for the West.

Seeing how well players received our first game, Colopl Rune Story, we are focusing on expanding our game portfolio in the new year.

Next up is Downtown Showdown, the first title we will release in January 2016.

With the majority of virtual reality headsets releasing in the first half of 2016 and the high sales figures predicted, the whole games industry will take a serious look at how well VR does with consumers.

The mobile games sector will either invest in it further or reduce focus on it depending on how well devices like Samsung Gear VR perform against Oculus Rift and PlayStation VR.

This year, I have spent a lot of time on Rumble City by Avalanche Studios, Hearthstone by Blizzard Entertainment, War Dragons by Pocket Gems, and Monument Valley by ustwo.

It is great to see companies like Avalanche and Blizzard, best known for core console and PC titles, find success in mobile games as well.

Honestly, I have been playing Colopl Rune Story the most as I get many genres and experiences in one package: action RPG, city building, and resource management.

With our on-the-go lifestyles today, having a game that gives us the ability to connect online with other players and dungeon crawl with our smartphones, complete with controls designed for just one hand, is very valuable for me as I’m always traveling.

Exit your comfort zone, trust your development team to build the experience they want.

My New Year’s resolution is to diversify our game repertoire as much as possible.

We started with an RPG, so our next game, Downtown Showdown, will tackle other genres and fuse them together to make a hybrid one, with a mix of city building and real-time strategy battles.

Understanding different styles of gameplay and experimenting with each is most important, especially for a new studio, which is a resolution I’d like to see the whole industry adopt.

Exit your comfort zone, trust your development team to build the experience they want in a genre or a mixture of a few, and you can make any type of game fun.