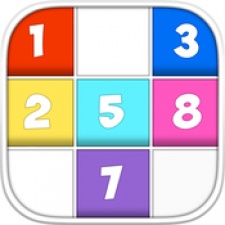 Having started out in 2008 with a Sudoku website, Bangalore studio Hashcube has since gone on to develop the highest-grossing Sudoku game on mobile - Sudoku Quest.

Fully committed to casual games, it's established a formula for retaining and monetising users that it is hoping to continue with its second game Gummy Pop, which is currently in soft launch.

To learn more about the so-called 'Quest Model' that powers the monetisation of both its games, we reached out to Hashcube CMO Gurinder Pal Singh.

PocketGamer.biz: With more and more developers targeting midcore, do you feel there's still an opportunity in the casual space?

Gurinder Pal Singh: The mobile game market is maturing and it's a good thing we're seeing more and more midcore games for the audience.

We feel mobile, as a platform, is tailor-made for casual gameplay with short session times and there will always be big opportunity in the casual space on the platform.

We design games you can play in under 5 minute sessions, whether you're waiting for a cab or your coffee at a cafe.

Our primary target segment is women over the age of 25, which again is a segment which prefers casual gameplay.

Moreover, with huge markets like India and other developing nations offering tremendous potential for reaching out to an unexplored market, we definitely see a lot of scope for growth in the casual space.

With casual games tougher to monetise, how did you approach this aspect of Sudoku Quest and now Gummy Pop?

We have developed a replicable framework we call the Quest Model, which helps us monetise games through IAPs.

We have developed a replicable framework we call the Quest Model.

The model is based on a journey through multiple maps by clearing levels one after the other, with constraints on levels (Moves or Time) based on data.

A delicate balance of challenge, frustration, and a sense of fulfillment as one progresses on the Quest along with scientifically designed level of difficulty is what helps us monetise significantly better than competition.

What do you consider the main reason for Sudoku Quest's position as the top-grossing Sudoku game? Is the fantasy world and storyline a factor?

The reason for Sudoku Quest's success is the Quest Model which we have optimised over 2 years. It includes the fantasy worlds, storyline, difficulty curve, power-ups etc.

The model makes the game more engaging and provides an experience unlike any other Sudoku game. It also helps you improve your skills as you move ahead in the game by gradually increasing difficulty.

We have certain KPIs which we like all our Quest games to meet.

This not only ensures we monitor quality of levels, but also ensures that we never make a game which is pay-to-win.

We also aim to exceed

Could the monetisation of casual games be improved by integration of some more typically core features - social features, guilds, etc.?

Our games are deeply integrated with Facebook and we see higher engagement, retention and monetisation numbers on Facebook connected users.

There is definitely merit in including elements from core games which naturally fit into your own game to increase monetisation and engagement.

As an Indian developer targeting the global market, what do you think of the market for mobile games within India right now? Have you seen much revenue from the local market, or do you feel it's still developing?

There is no doubt about India's growth potential for games, as well as apps.

However, the market is nascent in terms of both reach and monetisation, specially considering smartphone and credit card penetration is low and there are only few other payment options.

Moreover, being a price-sensitive market, traditional SKUs might not find an easy acceptance, wherein experiments like smaller price points (as being experimented on Google Play) will prove helpful.

We definitely expect to see growth once mobile payments are implemented in a big way, and with deeper penetration of smart phones in semi-urban and rural markets.

As for Indian developers, we are already seeing a shift towards F2P games.

Traditionally, developers have followed a spray and pray model of launching 100s of apps with advertising. But with the current competitive landscape on the stores, more and more developers are focusing on deeper games monetised through IAPs.

Indians consume global content, so we do think global developers will benifit greatly from the growth of Indian market.

Tell us a little about what sets Gummy Pop apart from the competition, and when can we expect to see it?

Gummy Pop is a casual game with a completely new chain-reaction mechanic which we feel can compete with the match-3 mechanic which has now been done to death.

The gameplay is immensely fun and can be played in short durations, making it ideal for a casual audience.

The mechanic itself has never been tried from any of the top publishers, so it's going to be a refreshing change for the audience.

With 5 amazing variations, 9 different powerups, 280+ levels on top of our tried and tested Quest framework, we expect Gummy to perform exceedingly well once we go live globally over the next couple of months.