Hokyu Choi on building the Tizen smartphone market and ecosystem 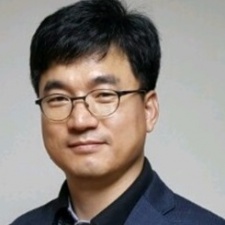 Samsung has long been calling its Linux-based operating system Tizen 'The OS of Everything'.

Everything, that is, except smartphones released in the West. Because until now, it's only launched three Tizen-powered smartphones and none have made it to the US or Europe.

Its first, the Samsung Z1, launched in India, Sri Lanka, Bangladesh and Nepal back in January 2015.

Following this was the confusingly-named Z3, which launched exclusively in India in October 2015.

And most recently in August 2016, Samsung launched the Z2 handset in all of the above plus Indonesia, South Africa, Nigeria and Kenya.

These devices run entirely on the open Tizen OS and have access to apps and games via the Tizen Store.

To ensure the platform has access to the biggest apps - like WhatsApp, Facebook, or Temple Run 2 in the gaming category - Samsung has entered into strategic partnerships with many developers, offering some kind of special benefit or promotion.

But at the NASSCOM Game Developer Conference 2016, in an effort to build its catalogue further, Samsung announced the Tizen Mobile App Incentive Program.

As part of this program, from February to October next year, the developers of the top 100 most downloaded apps on the Tizen Store at the end of each month will receive $10,000 each.

We have secured many key applications, and now it's time to move the focus more to ecosystem development.

“In two years, I think we have made many achievements,” explains Samsung's Head of Tizen Business Hokyu Choi to PocketGamer.biz.

“We have secured many key applications, and now it's time to move the focus more to ecosystem development."

He adds: “That's why we designed the incentive program. Developers should decide to enter the Tizen ecosystem based on their own decision.

“The first condition for them to make that kind of decision is the number of devices, which is still small relative to Android or iOS.”

He adds that consumers, too, need to have access to enough applications - a major point of consideration when buying a smartphone.

“It's a chicken and egg situation,” he says. “We need to break that with some kind of input.”

Any app or game - including those newly-released or already on Tizen, and those than have previously launched on other platforms - will be eligible for the prize.

The only conditions are that each title can win the prize only once, and that any developer must show their intent by registering for the program beforehand.

Small to medium developers may be more interested than big developers, but that's okay.

“We guess that small to medium developers may be more interested than big developers,” says Choi. “But that's okay.”

The importance of India

So why did Choi and his team at Samsung decide to debut the program at India's NASSCOM Game Developer Conference?

Well, for one, India is the only country that has all three Tizen smartphones in the market right now. But there are other reasons it's a country of such strategic significance.

“When we analysed the developers registered in the Tizen store, half of them came from India,” reveals Choi.

“Half of the applications [on the Tizen Store] are games, half of the developers are from India - we thought a game developer event in India would be the most effective.”

He also explains that in the sub-$100 price range that Tizen is currently targeting, “games are their first priority application”.

Furthermore, from a developer's perspective, $10,000 is a figure that holds more weight in India than other territories.

“When we decided the amount for the prize, we asked many people,” recalls Choi. “In India the response was huge.”

But what sort of reach can developers participating in the Incentive Program expect?

The firm's plan is to expand Tizen's launch territories further into Africa, with Latin America and Middle Eastern countries also being considered.

The devices are finding significant traction in specific territories too, with Choi reporting that the Samsung Z1 maintained the top spot for sub-$100 devices in India for “several months”.

The Tizen Mobile App Incentive Program is only nine months long, but it's part of a long-term vision for Tizen that could take years to be realised.

We're trying to utilise Tizen for most of our products.

“[Samsung's] major product line is based on Android, but Tizen is called the OS of everything,” says Choi.

“It can be used for smartphones, wearable devices, smart TVs, smart ovens and refrigerators.

“So from Samsung's point of view, we're trying to utilise Tizen for most of our products… global devices that are connected together.”

This is an end goal Samsung is bullish about achieving - no matter how long it takes.

“For 2017 at least, we will continue in the low price range," says Choi. "But even if it takes time, we will build the smartphone market.

“It's not easy to compete with other entry-level smartphones based on Android… but we need to overcome this in some way.”

Expansion is coming, and in 2017 more countries will have access to Tizen smartphones than ever. However, Choi believes India remains the key.

“India is the most important country for Tizen,” he says.

“When you consider many aspects, India is the optimum country where we can make Tizen successful.”

Samsung: Tizen smartphones unlikely to launch in US

Reply
TONY
It's ridiculous not to have twitter app on tizen store especially samsung z2. IS BEING ALMOST 2 YEARS WITH NO TWITTER ON TIZEN WHY????????? WE NEED TWITTER ON TIZEN NOW!!!!!!
Posted 4 years, 11 months ago