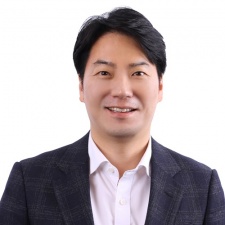 Netmarble isn’t planning to slow down its M&A activity in the games industry following its big-money deal for Kabam’s Vancouver studio.

Earlier this week the South Korean publisher picked up the developer for an undisclosed fee, though it was previously rumoured to be worth as much as $800 million.

On top of acquiring the studio, Netmarble also snapped up the rights to Marvel Contest of Champions and the upcoming Transformers: Forged to Fight, as well as recruiting Kabam’s customer support teams in Austin and parts of the business development, marketing and user acquisition teams in Kabam’s San Francisco HQ.

It’s the start of a big sell-off for Kabam, which is exploring selling the rest of the company.

Netmarble is on the opposite trajectory however. Speaking to PocketGamer.biz, Netmarble Games Chief Global Officer Seungwon Lee says to expect more deals in 2017.

“We are active in the space and open to new M&A opportunities in order to become a stronger contender in the global mobile gaming market,” he states.

The company appears to have money to burn. It’s had huge success in Asia with titles like Marvel: Future Fight, Seven Knights and Everybody's Marble.

Last year it invested $130 million into SGN (now named Jam City), while earlier this year the firm was rumoured to have tabled a $4.3 billion bid for social casino operator Playtika.

The publisher was ultimately beaten to the punch by a Chinese consortium, which purchased the firm for $4.4 billion.

We are active in the space and open to new M&A opportunities in order to become a stronger contender in the global mobile gaming market.

But it signals the ambition of Netmarble, which appears close to an initial public offering after seeking approval for such a move in September.

Given its big global aspirations, it makes sense for Netmarble to acquire Kabam’s Vancouver studio, now simply called Vancouver Studio. It was the US publisher’s biggest money-maker and Marvel Contest of Champions is wildly popular.

Lee says he and the Netmarble team considers Vancouver Studio to be one of the best RPG developers in the Western market, and is excited for its pipeline of upcoming games that includes Transformers: Forged to Fight, set to launch in Q2 2017.

“We expect that this acquisition will give Netmarble and Vancouver Studio a market leading position in delivering more entertaining games to global audience, whose key interest ranges from mid to hardcore RPGs,” says Lee, who adds it also aims to make the games a big success in Asia.

Given the publisher’s expertise and huge success at home, it’s hard to bet against it – although things don’t always turn out well for ambitious Asian companies when it comes to global expansion.

Netmarble hasn’t stretched to a full acquisition of Kabam, but it has effectively taken over the company’s cash cow while taking control of key teams in various locations.

It’s a somewhat complex deal in practice. Lee says the teams it acquired in Austin and San Francisco will continue to support Vancouver Studio’s games, and will not be moving out of their current locations.

Lee paints a picture of business at usual for Vancouver Studio and the teams involved in its success.

There’s no suggestion at this stage that the studio will be working on other IP from Netmarble’s portfolio.

He says Netmarble is focused on maintaining Marvel Contest of Champions as a top grosser, while preparing Transformers: Forged to Fight for similar success.

“We are committed to support the Vancouver studio to continuously strengthen its qualified development capabilities,” says Lee.