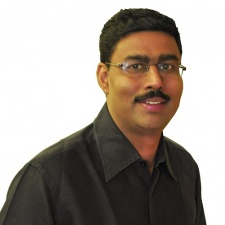 The Indian games industry has continued on its trajectory of a fast growing mobile games market, but there's still a long way to go for the industry before it competes with the heavy hitters like China and the US.

We've previously looked at the current state of play in India to understand the biggest trends in the country's mobile games sector in 2016.

But to find out more, we spoke to Nazara Technologies' Manish Agarwal, CEO of one of the fastest-growing publishers that has its home in the heart of of India.

How do you reflect on 2016 for the Indian games industry?

The Indian games ecosystem is still an evolving jigsaw puzzle game with no defined outcome one can aspire to reach.

Various stakeholders are looking at this puzzle based on their past experiences and hoping that they know the final shape of the jigsaw based on the sweet spots which they have been able to find in this nascent market. Some of the pieces which are becoming clearer are:

Have things progressed as much as you expected/hoped?

I think the progress report card of gaming would be a mixed bag for India, the highlights being:

On the flip side:

Nazara is the fastest growing publisher in 2016. Nazara is also the only Indian publisher which features in the Top 10 publishers in India, as per AppAnnie data.

This is a big vindication of the belief that Indians would love content made for them around the IPs which they are familiar with.

As the government pushes for cashless transaction, Indian users are going to be far more familiar with digital payments.

The team at Nazara has done a fantastic job in 2016 to build the most aggressive pipeline for 2017 and we are confident that we would be able to move the needle significantly towards featuring among the Top 3 publishers in India in 2017.

I am personally very satisfied in sowing seeds of great partnership with some of the developers globally and locally and I am confident that this would be a highly satisfying journey to grow while Indian mobile gaming grows at breakneck speed.

More generally, what do you consider the defining moments of the year?

Post-November 8th 2016, as the Indian government pushes for cashless transaction and digital payment, Indian users are going to be far more familiar with digital payments and this would go a long way in helping consumer transaction in gaming.

This is a habit forming step and could have only been done with an external push and will be a blessing for the entire consumer internet ecosystem, including gaming.

What are you hoping to achieve from your trip to Pocket Gamer Connects London?

We at Nazara are looking at evangelizing the Indian mobile gaming opportunity to global developers /publishers who are looking at geographical expansion and wish to dive deep before zeroing down on the right partners to expand their business in India.

Do you see a growing Western interest in the Indian market? If so, is that likely to continue in 2017?

India is a great melting pot of east meets west with three dominant forces shaping the young Indian consumer namely: The age old indian value system; The british colonial era and the ever growing influence of american soft power in the form of content and marketing.

These three influences are always at work subliminally and hence any content creation has to take cognizance of the same.

Currently, Indian gaming is still being adopted by the English speaking publics which is more exposed to the latter two influences and hence we see top ranks in the free /grossing charts dominated by Western games.

However, I see this changing over the next five to 10 years as it did in the case of Indian television. While, local dramas and movies rule the roost today, western content has its own loyal set of audience but is at a lower scale than the local content driven TV or movies business.

Mass adoption of paying for IAPs can be accelerated via games which will have familiar indian offline gameplay mechanics.

The duration of short-term depends upon the time frame it will take to develop consumer habit of paying for IAPs on a bigger scale. Mass adoption of paying for IAPs can be accelerated via games which will have familiar indian offline gameplay mechanics like local card based games.

What are your aims for 2017, and what steps do you hope to see the Indian mobile games industry and market take?

However, we are working on long term retention within our games to achieve our goal of being the largest by DAU as well.

For us, monetisation is a logical next step post achieving long term retention and we are very confident of unlocking new modes of consumer transaction given our vast experience of monetising gaming services in India.

At Nazara, we would also like to unearth the hidden gems among the Indian developer ecosystem and work closely with them to create great quality games which will be made in India and made for Indians.

We would love to collaborate with other stakeholders in the Indian Ecosystem viz: NASCOM; PGC; Unity; Google; Taizen; iTunes 9 APPs etc. to see many quality game developers emerging from India.

Nazara CEO Manish Agarwal will be speaking at Pocket Gamer Connects London 2017 on January 16th to 17th. To find out more about the event and to register for tickets, visit the website.