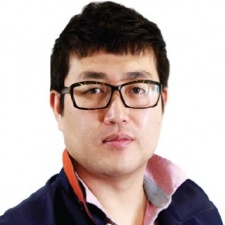 Among the games launched by Korean powerhouse Netmarble in the West, Final Shot stands out somewhat.

With its stablemates mostly RPGs such as Seven Knights and Soul King, or branded efforts like Marvel Future Fight and Disney Magical Dice, the real-time first-person shooter is perhaps an unexpected presence.

Netmarble rolled out a new clan system for the game at the end of 2016, as well as implementing new PvP options.

So to learn more about the company's plans for synchronous multiplayer, the FPS genre and Western markets, PocketGamer.biz reached out to Final Shot Game Director Jung Ho Lee.

PocketGamer.biz: The FPS genre is not one most would typically associate with Netmarble. What potential do you see for the FPS on mobile?

Jung Ho Lee: When talking about Netmarble, FPS may not the genre that first comes to mind, but we have a long history of publishing and servicing a number of beloved FPS games.

Prior to publishing mobile games, Netmarble established its foothold as a publisher with Karma Online, a PC/online FPS game that launched in 2009.

It had also serviced and led the heyday of Sudden Attack, a legendary online FPS game that ruled the local market in the mid-2000s.

We have a long history of publishing and servicing FPS games.

Those who are familiar with Korea’s gaming history say that Netmarble serviced several top online FPS games in Korea, including Sudden Attack and Special Solider 2, another quality FPS game.

We see great potential to grow and thrive in the mobile FPS genre.

Creating an FPS for mobile that gives players the ability to move around maps freely is a challenge, and for that reason we think it’s not a fully saturated market.

We still believe there are a lot of players out there looking for a real, traditional FPS experience for mobile, and that is who we’re looking to reach and entertain.

Was the game deliberately developed with Western markets in mind?

Final Shot was designed for a global audience. During development we prioritised supporting real-time gameplay and high sensitivity, which requires high specs and a good network connection.

However, we had to optimise the specs of the game so that players with various specs of any number of devices, whether in Western markets or anywhere else in the world, could have the best experience.

Are there any major differences, other than language, between the version of Final Shot that launched in the US and Europe and Asia?

Final Shot is primarily the same game across the world, and is available in 13 languages.

We do create events and promotions specific to each region or country, though, in order to cater to various cultural differences.

What has been the reaction from players since launch, especially in the West? Any KPIs/metrics you're able to share?

It was awesome to see that many players installed and enjoyed Final Shot even though we have not had a marketing campaign since its launch.

Final Shot surpassed one million installs in less than a month.

It surpassed one million installs in less than a month, and is experiencing natural growth in downloads.

It has received favorable attention from Western FPS players as well as from Asian players who have been showing remarkable DAUs and residual rates.

What was your thinking behind not launching the game in China? Are there plans to launch the game there, potentially with a local partner?

Due to the fact that China has unique regulations and technical standards from the rest of the world, Netmarble has been discussing various options, such as servicing on its own or joining hands with local partners.

However, nothing concrete has been decided.

How important is the newly-added clan system for the future of the game, and how have players reacted to it?

The clan system provides Final Shot players with a brand-new gameplay experience with features including: playing as a clan, closely communicating with members and earning a higher ranking.

We’ve found that the players who are more active in clans say they enjoy the game more. Netmarble hopes that more Final Shot players join clans as they continue to play.

What are the biggest challenges of running a real-time multiplayer game on mobile?

The development of a traditional FPS game is known to be very challenging and demanding. The game has to support 10 players to play five-on-five battle simultaneously without AI.

The development of a traditional FPS game is known to be very challenging and demanding.

Moreover, the FPS genre requires extreme sensitivity in network connection, because 0.1 seconds can change the course and result of the battle.

We took a long time testing the game in order to provide players with a smooth gameplay experience.

The studio has been able to optimise specs so that players around the world have a top level experience for a real-time multiplayer game.

Do you see real-time multiplayer as a growing mobile trend and is it something you'll also be considering for your future projects?

For example, Supercell’s Clash Royale or Netmable’s Everybody’s Marble, which topped the revenue charts of a number of Asian countries under the local title Let’s Get Rich, can be seen as real-time multiplayer games in their essence.

Netmarble thinks the need and popularity of real-time multiplayer games will continue to rise as players find communicating and playing together more enjoyable, and technology continues evolving.

We are preparing a number of projects across diverse genres to entertain the global audience with various preferences. Stay tuned, our new games are coming soon!

Netmarble share prices fall 8.3% from its IPO price despite $610 million revenues in Q1