Priyanka Barathwaj on the studio's local and domestic plans 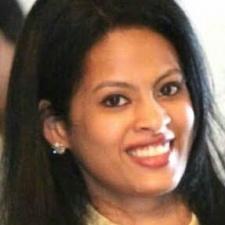 Last year saw a number of barriers reduced as India broke into the worldwide top five for mobile game downloads.

Not only has this inevitably caught the attention of major players from overseas, it has enlivened the local industry - the growth of which has been demonstrated by NASSCOM Game Developer Conference 2016 and our own Indian Mavens group.

One example is Gamecubator Labs, an ambitious Hyderabad-based studio targeting both the global and domestic markets.

To learn more about its match-3 title My Food Truck, Indian industry trends and predictions for the growth of the local market, PocketGamer.biz reached out to Gamecubator Labs' Head of Operations Priyanka Barathwaj.

PocketGamer.biz: You launched My Food Truck in 2016. How do you reflect on the game's launch and its life so far?

Priyanka Barathwaj: The game has been featured by both the App Store and Google Play. So we couldn't have asked for a better launch!

The game is doing exceedingly well and has beaten our initial expectations in terms of game downloads and play time.

In the first phase, the game has been able to capture an average of 20 minutes session time from players which communicates the game potential.

How hard is it to break into the crowded match-3 genre with a new IP? What has been your approach to this?

Match-3 is a very tough genre. There already are very popular games from big publishers in this category.

Match-3 is a very tough genre... we are happy to have achieved a breakthrough.

Big giants like King, Rovio, Zynga continue to come up with major match-3 games but we are happy to have achieved a breakthrough and now stand a chance to compete with some of these well-established leaders.

We have had an exciting start with three consecutive successful match-3 game launches and going forward have plans for some major releases which we are confident will establish Gamecubator Labs among the top publishers.

Our approach to My Food Truck was to focus on simple differentiators and find a balance between the new features and game mechanics.

Trucks, food, travel, trivia and not to forget the selfies; to bring these bits together and have a theme that’s unique to match-3 is what we tried.

Sounds easy, but there were many challenges and we are happy to have succeeded. It was in the holiday collection and featured at number one position in the new and updated games section on Google Play.

Thanks to the stores' recognition, we now have a larger vision for this game.

As an Indian studio, what's your take on the Indian mobile games industry going into 2017? Are you seeing fast growth locally?

The Indian mobile gaming industry could be one of the major beneficiaries of the central governments push for digital payments.

This major push will lead to more smartphones, better connectivity, better infrastructure and openness to digital payments, all of which will immensely contribute to increasing not only gamers but also the percentage of paying gamers.

I believe with around one billion people under the age of 45, India has the potential to be one of the leading mobile gaming markets in the world in years to come.

It is already ranked among the top five in terms of downloads and though lagging in revenues, I feel there is a possibility to realise good revenues to match the global markets.

Are you excited by the increasing support for the games industry being offered by the Telangana government, including gaming and animation incubators? How long until we see these kinds of initiatives country-wide?

The Telangana government and especially its young leadership has been continuously making efforts to establish Hyderabad as a preferred gaming and IT capital of the country.

We are working towards building an ecosystem of mobile game developers, publishers and investors on the global stage.

These efforts have already yielded good results with some of the best names setting up their base here.

As for our contribution, we are working towards building an ecosystem of mobile game developers, publishers and investors who do good work on the global stage.

We will very soon be expanding to other states and as part of this expansion we will make a major announcement by this March, which I believe will give a big boost to the Indian gaming industry in 2017.

It seems that My Food Truck is primarily aimed at the global market, but are you taking any extra steps to target Indian users specifically? Roughly what percentage of your players are in India?

Our focus in the match-3 genre has always been to establish ourselves as a global player. My Food Truck is the third successful attempt by Gamecubator Labs in this direction.

Although emerging markets like India have definitely showcased interest, USA and Europe have been our top performing markets so far. India constitutes 20% of our player base.

India is a unique market and needs a very different approach. With the aim to achieve leadership status in this market by mid-2018, we have tested various genres through multiple investments and partnerships.

We have seen success in sports and match-3.

In 2017 we will be moving out of experimental phase and you will see some major, India-centric releases across three genres: action, card games and Bollywood - yes, in India that’s a separate genre!.

What do you see as the big mobile gaming trends going into 2017 - both for India, and the industry in general?

The adoption of smartphones in India is barely 20% and India is already number one in the number of app installs on Google Play.

Adoption of smartphones in India is barely 20% and it's already number one in the number of app installs on Google Play.

The Google and Apple app stores have been coping up quite well for the massive growth rate in users. I strongly believe that they will only look at penetrating more into the Indian market in the upcoming year.

Google Play gift cards, sub-dollar pricing and localising the store are a few interesting attempts over the last year which will help open new segments and widen the market base and revenue potential.

What's next for My Food Truck and Gamecubator Labs?

With the first phase of My Food Truck receiving a remarkable response from players across the globe, we are working on inclusion of more features and new content.

Our players can stay tuned for some exciting announcements in 2017, a tip off for now is that we have some active discussions underway for celebrity partnerships and brand associations.

In 2017, while we will continue growing our match-3 portfolio, we are hard at work on some new projects. We are gearing up to announce our entry into simulation, card game and Bollywood genres.