Three years on: EA India on the evolution of Tetris Blitz

Studio Director Amol Gurwara on the game's life so far 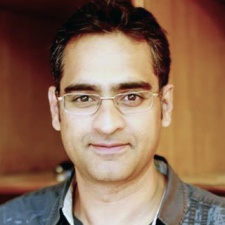 In this entry, we speak to Amol Gurwara, Studio Director at EA's Hyderabad office, about 2013 puzzler Tetris Blitz.

PocketGamer.biz: When did EA India take charge of Tetris Blitz?

Amol Gurwara: In December 2013 - the same year the game was launched.

With the game now more than three years old, how do you reflect on its performance - from launch to the mature title it is now?

At its core, the game of Tetris is all about creating order out of chaos, by clearing horizontal lines of falling blocks.

This simple mechanic has engaged hundreds of millions of players since 1984.

We continue to grow the audience base and add more depth.

While retaining this core element of gameplay, Tetris Blitz offers a very different take on Tetris, with its lightning fast, two-minute blitz style gameplay - the first such Tetris experience on mobile.

We were blown away by how well Tetris Blitz was received by audiences across the world.

The core gameplay was fun from the beginning. And then over time, we added new modes like battles and daily challenges, so there’s a lot of variety in gameplay and lots to explore.

Since launch, the game has evolved significantly and we continue to grow the audience base and add more depth to features and content.

There’s a very active community of Tetris Blitz players that engages outside the game as well.

This community is a great source of feedback and that often informs our decisions to build upon the current version of the game.

What are the unique challenges you face when running live services on a game developed by a different team?

There are no challenges specific to the fact that a different team had originally built the game. The real journey begins once the game is launched.

Tetris Blitz, like most successful mobile games these days, was designed to deliver an ongoing game experience with recurring feature updates.

The creative and production ownership of the title has been with the current live services team for a long time now and there’s a very high level of passion and commitment to offering the best game experience that we possibly can to our players.

The game has been rearchitected completely, has evolved significantly since launch and is today, a fairly deep experience.

So we’re always challenged with making sure the depth in content and features doesn’t come across as being overwhelming to the players.

This is a non-trivial design and UX problem and one that the team has navigated quite successfully.

How big is the team currently handling live ops on Tetris Blitz?

The team size varies, based on size and complexity of the feature we are building, player and community feedback, external changes in platform/hardware/operating systems, etc.

With a lifetime install base that exceeds the population of many countries, we feel a strong sense of commitment and responsibility towards our players.

EA’s ‘Player First’ philosophy is deeply ingrained in our DNA and customer support is a very critical component of our live services.

The customer service personnel are co-located with the development team and take part in our daily meetings.

The customer service personnel are co-located with the development team and take part in our daily meetings as well as planning sessions.

They are also responsible for putting a human face to our interactions and working with our players to either gather more information or communicate and test the efficacy of our resolutions.

We also invest in tools that pre-empt and address issues before our players get impacted.

A classic example is a recent feature we launched in Tetris Blitz, which enables us to ‘Auto-Refund’ the purchase of a consumable (like a power-up) that a player purchases but is not able to deploy due to any issue ranging from corrupt data to weak network.

We developed a system which recognises the issue real-time and refunds the item back into the inventory for the player to re-deploy. This enables the players to remain where they want to be - in the game.

Tell us about how you built upon the game to create Tetris Blitz: 2016 Edition. What was the biggest change that update introduced?

There’s a lot that went into the Tetris Blitz: 2016 Edition that we launched last year. The UX makeover was the biggest component.

Everything in that update was centered around simplicity and ease of use - essentially about making it easy for the player to navigate through all the game modes and content, bigger celebrations, bigger rewards and much better onboarding for new players so they can spend more time enjoying the game.

The insight that there was a segment of players who were not interacting with a lot of the content that was available for use led to the creation of Daily Challenges, so players could sample all that the game had to offer, and these challenges are refreshed everyday, keeping the experience new and exciting.

We also introduced an art style that is really cool and is perhaps one of the more visible parts of this update, but there’s a lot more that went in behind the scenes.

The game has a lot of content in the form of power-ups and finishers that the player gets to choose from.

Simplifying the content selection process and offering a preview of what that content actually did inside the game was a big challenge and the artists, designers and engineers did a fabulous job reimagining how content is presented to players in an inspiring manner.

How did players react to the 2016 update? Any KPIs such as downloads, DAU or retention you’re willing to share?

We’ve seen an extremely positive reaction to this update with a significant jump in gameplay sessions and session time.

Our best measure is engagement, with repeat gameplay and several metrics around engagement up significantly.

What other steps have you taken to ensure that Tetris Blitz maintains a sizeable and active player base all this time after its launch?

One of the characteristics of a successful game that’s been around for a while, is that the audience base gets very diverse.

We spend a lot of time getting a deep understanding of different player motivations.

From new players still getting accustomed to the various modes and navigating through all the content that the game has to offer, to elder players that are adept at pro strategies and continue to experiment and aim for mastery.

In our opinion, one of the reasons for the longevity of this title has been the fact that we respect the choice our players make regarding how they choose to engage and have never forced players down a particular path.

The expectations of a player who finds fun in super competitive modes is likely to be very different from someone that likes to play at their own pace, by themselves in the single player mode.

The team takes great care to ensure all these modes are well balanced and there is enough to achieve for players of varying levels of skill and experience.

There are also a lot of in-game and community events that are conducted in the game from time to time.

What lessons have you/are you still learning from Tetris Blitz? Is there anything about the game that, in hindsight, you'd now handle differently?

There’s definitely a few lessons we have learned along the way:

Our investments into building and enhancing the tournaments and battle modes were primarily aimed at providing a level playing field to these players.

This makes Tetris Blitz an interesting case study of how to successfully add a competitive multiplayer layer to a single player experience. However, we learned that merely building the modes was not enough.

There is an amount of curation and nurturing required to help the players tide over the transition from the relative calm of the single-player experience, to the intensity of the competitive modes.

We tackled this problem by building systems such as Daily Challenges and ‘Watch’ - a feature that allowed players to watch the replay of the top games and become better players by observing the pros.

We did not think that the game would end up with the 26 power-ups it has today - more than double the number we launched with!

Both in-game and outside of it, it's important for players to reach out and communicate with the game team.

There are a lot of players that engage in fairly long sessions in the game. The game needs to adapt to this very effectively.

Very different from the competitive modes like battles and tournaments, we recently concluded a community event that required the players to collectively engage in five million battles.

The final reward was a mystery chest with 50,000 coins and several uses of power-ups. We were surprised with how fast the players achieved this goal.