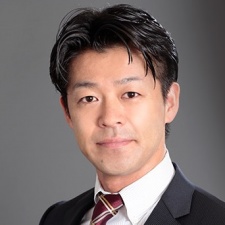 He's now based back at Gumi's Tokyo HQ, as well as making regular appearances at global conferences such as White Nights Prague, where PocketGamer.biz caught up with him.

This is Gumi's mantra, as stated by Ohnogi himself way back at Pocket Gamer Connects London 2015. And it's one it's lived up to.

After all, that aforementioned global expansion in 2014 - in which Ohnogi played a major role - came to a head in April 2016 as Gumi pulled out of Canada, Sweden, Germany, Austin and Hong Kong.

“At that time, our strategy was that local people make a local game - they know about it. That's why we established a global studio as soon as possible.”

So what went wrong?

“Having one studio is not cheap,” he reflects. “At least a few hundred thousand dollars a month.”

We made a hard decision, but to take action was very important.

This then multiplied by six, and weighed against the fact that many of these studios had yet to ship a game and that the majority of revenues continued to come from Japan, Gumi was pushed into making a choice.

“We made a hard decision,” considers Ohnogi. “[But] to take action was very important.”

Now, Gumi is focused primarily on the domestic market for its mobile games.

To put this in perspective, he adds that even the firm's biggest hit Brave Frontier only got 20% of its sales from outside Japan.

“And that was a pretty successful game,” he smiles. “I think it's unique.”

Since the studio closures, the new Gumi is one that is all too aware that global success doesn't come cheap.

“Mobile gaming, as you know, it's already very big,” Ohnogi considers. “And it's quite difficult to make hit new titles, because of development costs, development time, marketing costs - big challenges.”

Gumi's response to this is virtual reality, and eventually augmented and mixed reality (AR and MR) - areas in which it is actively investing both in Japan and globally.

“We strongly believe that VR, as a gaming device, is our next big movement,” he says.

Ohnogi also sees VR as a gateway into AR and MR, which he believes will be huge "maybe 10 years later," but at present lack consumer understanding.

As a company that's been in mobile since the feature phone era, one might assume that mobile VR is to be the focus of Gumi's attention.

However, at this early stage Ohnogi believes that experience is everything - and that the experience offered by mobile VR has a long way to go.

“As soon as I saw [mobile VR], it was not impressive,” he considers.

“When I saw Oculus, I was like 'oh my god!' Such a difference, impressions-wise… At the moment, our main focus is the high-end - Oculus and Vive.”

Pushing through the crowd

But of course, even at this relatively early stage, Ohnogi and the Gumi team are well aware that in VR they have not found the next blue ocean.

Our income is 100% from mobile games so we cannot allocate too many people to VR right now.

And while Gumi does have VR projects in the works internally, he explains that those working on them amounts to “almost nothing” in the context of the company's entire employee base.

“We are also developing many, many games and our income is actually 100% from mobile games,” Ohnogi explains.

“So we cannot allocate too many people from mobile games to VR right now.”

This is why its funding and incubation initiatives for dedicated VR developers - through subsidiary Tokyo VR Startups, co-founded by Gumi CEO Hironao Kunimitsu in December 2015 - are now so important.

That's Ohnogi's biggest reason for being out at White Nights Prague, and seemingly the area in which the company sees the most potential for growth going forward.

He laughs about the fact he's the only - or at least one of the very few - representatives of a Japanese company in attendance and invokes that old mantra: “First to try. First to fail. First to recover."

And though Gumi is evidently not the first to build its strategy around virtual reality, perhaps this is all part of its recovery process.