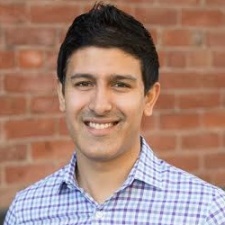 This time, it's Devin Nambiar with his playing habits in the spotlight. Nambiar is Head of Product Management, Asia-Pacific at EA and was formerly Director of Product at Kabam. He is also a Mobile Maven.

Devin Nambiar: The mobile game I’m playing the most is, after more than two years, still Summoners War by Com2uS.

I started playing Summoners War over two years ago while on vacation, waiting for friends to arrive and looking to do some competitive research.

I quickly got addicted and haven’t stopped since. Although I don’t log in daily anymore, I still play fairly regularly and I see the game remaining a part of my routine.

The aspect of the game I enjoy most is the metagame and the depth of customisation options you have in building your characters.

The wealth of attributes and the ability to improve upon them makes the strategy incredibly deep.

Of course, certain characters have built-in attributes and inherent strengths - some are tanks with high HP, others are ‘glass cannons’ with low HP but insane ATK, others are speed demons, etc.

The wealth of attributes and the ability to improve upon them in different ways via the rune system makes the strategy around character growth and team building incredibly deep.

As a former competitive Magic: The Gathering player, this appeals to me from a deck-building and meta-gaming perspective. Two aspects of that game which I loved.

The game itself isn’t terribly innovative in its gameplay and core loops.

Plenty of other games, including games I’ve worked on, have similar mechanics. Heroes Charge, Seven Knights, Marvel Contest of Champions, Heroes of Camelot, Star Wars: Galaxy of Heroes … the list goes on.

However, I would say that as far as metagame and character building goes, Summoners War does the best job of introducing incredible depth while making the options available to you and the end-goal incredibly obvious.

This is what makes it appeal to so many players, casual and hardcore, and both Eastern and Western cultures.

It’s easy to pick up, but very difficult (and expensive!) to master - an elegant feature of all the best games out there.

Another thing I would say Summoners War does well that a lot of Asian-developed games have not been able to do, is achieve success in the West.

Seven Knights and Marvel: Future Fight have tried and for the most part failed. But the art style and gameplay in Summoners War somehow resonates in both Asia and the West.

This has been an especially lucrative innovation for Com2uS.

If I could change one thing in the game, it would probably be the insanely punitive failure rates of rune upgrading, especially at the higher rune levels (13-15).

There are occasions where you will try to upgrade a rune maybe 10-15 times unsuccessfully.

The game has items that improve the success of upgrading a rune, but there are occasions where you will try to upgrade a rune maybe 10-15 times unsuccessfully, having sunk millions in soft currency in the process, and then elect to use an item to boost your chances, only to fail again.

Maybe this is luck of the draw, but with advanced analytics no doubt tied to the game, I would have the backend logic reward this player with a guaranteed upgrade upon using the item, simply to let him/her feel rewarded as a player retention mechanism.

This kind of punitive grind is a huge churn point, especially for Western audiences.

I’ve learned a great deal from playing this game that I’ve applied to my own work, both at Kabam and at EA.

Dynamic failure rates - essentially what I mentioned in my point above - was something we’ve introduced and experimented with in several games I’ve worked on.

Summoners Wars' elemental system is a cheap way to extend the content lifecycle and it's executed brilliantly by Com2uS - another practice I started employing from a live services perspective.

Lastly, the rune system is something I always keep in the back of my mind when I sit in on design meetings around metagame and character growth lines.

I can’t stress enough how important it is for industry folks to play competitor's games. If a game is doing well, you should at least pick it up and find out what makes it so successful.

As a leader in product management at my company, I task my own teams with producing competitive teardowns on a regular basis to inform game teams of what’s doing well in the market, and why.

This is important not only to remain competitive, but to continue learning from the success of our peers when making our own games and designing for future innovation.