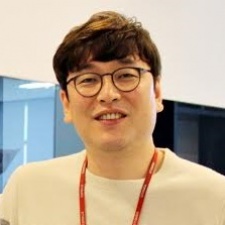 In this entry, we speak to Min Young Jung, Lead Developer on Summoners War at Com2uS, about the 2014 hero collection RPG.

PocketGamer.biz: With Summoners War now more than two and a half years old, how do you reflect on its performance from launch to the mature title it is now?

Min Young Jung: We appreciate all of the love our fans have shown Summoners War.

All of us in the development team continue to be surprised that the game keeps attracting more players even two and a half years after its launch.

This steady and consistent increase is what drives us and motivates us. I can speak for not only myself, but the team as well, that as developers, our work on it continues to be an amazing and fulfilling experience.

How big is the team currently handling live ops on Summoners War?

The development team started with 12 when the game launched in 2014. We now have nearly 50 dedicated developers.

The development team started with 12, and we now have nearly 50 dedicated developers.

And that's not even counting all the passionate and dedicated people in business development, production, marketing and operations across all of our international offices, all passionately working together to deliver the best possible mobile RPG experience.

The process of implementing modifications and updates based on the feedback we receive from our players is very important to us.

Fully understanding the kind of content our players enjoy and the areas that they feel need improvement ensures that we’re delivering a quality gaming experience.

This is why the development team monitors feedback from our online community in real-time.

And through our overseas offices, the development team also consistently analyses the playing habits of our players from around the world and deploys appropriate updates, modifications and promotional events.

We approach how players respond to major updates from three major viewpoints.

First, we look closely at the play logs of our players to identify common play patterns. Second, we collect and analyse feedback from players across all of our social media channels.

Lastly, we meticulously scrutinise every side-effect an update may cause to other areas of gameplay because we believe every update should enhance gameplay and if we feel it hasn’t, we take immediate action to fix it.

If there is one very clear-cut principle we’ve identified during the two and a half years Summoners War has been in service, it would have to be having clarity in the direction we want the gameplay to evolve into.

What steps have you taken to ensure that Summoners War maintains a sizeable and active player base long after its launch?

Our retention strategy remains very simple: be sure every update improves gameplay, closely monitor how players respond and collect feedback.

We place emphasis on quality over quantity when it comes to our updates.

Summoners War is a game that's enjoyed great success in Asian and Western markets. Has each required a different approach?

Summoners War was always developed for the global market. It was never local first.

From the planning stages to its launch, Summoners War and its "one-build" was always developed for the global market. It was never a local first and expand into other markets approach.

More than anything else, we believe its worldwide success can be attributed to it being simply a fun and engaging game with strong strategic elements that has helped attract millions of RPG fans from around the world.

With that said, we did tailor our promotional and marketing activities for North American, European, Latin and Asian markets.

This campaign involved out of home advertising in New York City’s Times Square, Wilshire Boulevard in Los Angeles, Germany and France - as well as additional advertising on TV and across various online and social media channels.

Since its launch in 2014, Summoners War has recorded 76 million downloads, earned cumulative revenue of approximately $780 million and notches about one million DAUs.

What lessons have you learned/are you still learning from Summoners War? Is there anything about the game that, in hindsight, you'd now handle differently?

Working on Summoners War continues to be a learning experience. Because all of us in the development team have grown so much, it’s difficult to single out or list all of the things we’ve learned and continue to learn.

But if we had to single out one thing that the team has learned the most, it’s the theoretical aspect of development. We learned to craft gameplay that syncs with a player’s emotions.

We learned how to create gameplay that gives players a sense of achievement and goal-setting.

In terms of what we could have done differently in hindsight, there’s still a desire to refine the battle mechanics even further and to really make improvements to player development and keep the PvP matchmaking fair.

What's next for Summoners War in 2017 and beyond?

On March 17th, we launched the 'World Arena' build which will let players from around the world compete in a real-time PvP mode on a single server, without regional restrictions.

Summoners War players from all over the world have been anticipating this release for quite a long time and we’re excited to finally offer it to them.

Before, PvP players could only compete against others within their region which had been divided into six servers.

Summoners War is getting an MMORPG spin-off, cartoon, movie, and more