Time to pause: The making of FZ9: Timeshift

Hiker Games on shaking up the mobile shooter genre 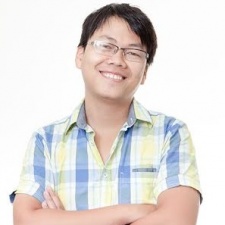 The first-person shooter is a genre with a patchy history on mobile.

The likes of Glu Mobile, Madfinger Games and Hothead Games have all enjoyed some success with mobile shooters, but there has still been no clear answer to the mainstream console and PC success of Call of Duty and its ilk on mobile.

That is a space Activision-owned mobile developer King is looking to tackle head-on with its own mobile Call of Duty title, but even then questions remain as to how effectively the experience can be translated to a mobile game with touch controls.

However, design challenges like this can encourage developers to take a fresh approach. A recent example of this would be FZ9: Timeshift from Vietnamese studio Hiker Games.

Familiar to those who played PC and console indie hit Superhot, FZ9: Timeshift features a system whereby time stands still unless your character is moving.

This takes the focus away from pace and twichy reactions, an area in which mobile shooters have always struggled, and demands a more considered approach to each mission.

PocketGamer.biz: There have been a number of attempts to bring shooters to mobile in the past. What inspired your bullet time approach?

Phuong Truong Duc: We started with a basic concept: The Flash, a man that’s faster than anything… and anyone.

We all thought there was something there, and we were soon knee-deep brainstorming possible gameplay ideas.

After some research, we discovered Superhot which had some elements that were close (but not identical) to our idea.

We then ensured that there were no mobile games that shared any similarities to our concept. Finally, we decided that our game would be free-to-play - and we began to develop FZ9: Timeshift in earnest.

Do you feel that this more cerebral, almost puzzle-like approach is better suited to touchscreen devices?

While prototyping FZ9: Timeshift, we realised that what we loved most about it was the control scheme - which is perfect for a mobile first-person shooter.

It's important to carefully plan your next move, unlike in more action-oriented games.

I understand where you’re coming from with the puzzle comment. It’s indeed important to carefully plan your next move in FZ9: Timeshift, unlike more action-oriented games where you need to be firing at all times.

The game features a full single player campaign with an ongoing narrative. What steps did you take to optimise these for mobile?

We tried to do our very best based on years of experience making games.

The designer drafted the narrative, and level designers built levels based on different story beats. But when we came up with the levels in FZ9: Timeshift, we actually focused more on gameplay than story.

The game's PvP element is about competing to see who can complete a stage fastest. How did you arrive at this, and what was the thinking behind it?

We wanted to have a competitive mode to keep players engaged. However, the core gameplay mechanic in FZ9: Timeshift doesn’t lend itself to online multiplayer like the Battlefield or Call of Duty franchises.

That’s where the time trial mode comes from; it’s a way for players to compete against each other without actually shooting each other.

Unlike in the strategy genre, there is no dominant formula for monetising FPS games. How did you approach monetisation design?

This is our first global F2P title, and we don't fully understand global players.

Knowing what we don’t know forced us to make a great game. With regard to monetisation, our guiding principle was to "sell" excitement based on a high-quality offering.

We figure that if users love FZ9: Timeshift, they’ll invest in it.

How big is the team on FZ9: Timeshift, and how long was the total development time?

We had upwards of 30 people working on the game, and it took 13 months from pre-production to official release.

I heard that Vietnamese game studios are leading in Southeast Asia. It sounds good, but I don't know if it’s true!

We have larger studios in Vietnam, but less than five employ more than 50 people.

We do have larger studios in Vietnam - but less than five employ more than 50 people. Almost every studio in the country is fairly small by Western standards.

The game development industry still is very young, and our government doesn't support it anymore. Video games are still seen as “bad” over here.

That is why the local industry has to deal with lack of education, funding and human resources.

Nonetheless, we’re growing fast, since more people with a passion for game development enter the job market every day - and many budding entrepreneurs take a chance on mobile games, thanks to the Flappy Bird effect.

Monetisation, by far. When we decided to shift from the Vietnamese market to the whole world, we had to forget everything we once knew.

For example, the global player base demands a fair monetisation model - unlike Vietnamese and Chinese users who are happy with pay to win. This makes it really, really hard for us!

We’re happy with all the high ratings the game has received on Google Play and the App Store.

We’re not ecstatic with the game’s performance, but we prepared for that.

Quality is our highest priority. Our retention rate is good, but the conversion rate could be better.

We’re not ecstatic with the game’s performance, but we prepared for that. FZ9: Timeshift is our first major global F2P title; we must learn more and fail more.

A month after launch, we have about 600,000 downloads. I think we can get millions; this is certainly doable.

Our day one retention is about 30%, day seven about 10% - but the conversion rate is low.

What's next for FZ9: Timeshift?

We've just released an update for the game that opens up a whole new chapter.

After that, we’ll see how things go. Nothing is set in stone.