Com2uS on the potential of Summoners War as an eSport 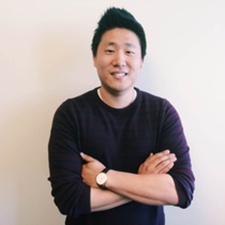 And it's easy to see why. The RPG has scored over $780 million in lifetime revenue for the South Korean firm, which is now doubling down on the title with an MMORPG spin-off, cartoons and movies in the works.

And with the original game still going strong more than two and a half years on, Com2uS has identified eSports as an avenue for the game to continue engaging audiences as it matures.

So to find out more about the Com2uS' eSports ambitions for Summoners War, PocketGamer.biz reached out to CEO of Com2uS USA, Casey Lee.

PocketGamer.biz: When did the idea to bring Summoners War into the eSports arena first emerge, and why do you believe the game has potential in this area?

Casey Lee: Summoners War’s push into mobile eSports was really the result of vocal support from our core fans.

The game offers everyone the free will to create a team by dedicating their time to strengthen their monsters.

It doesn’t limit the players to search for powerful units while discarding monsters obtained in the beginning of the game. Rather, players can take the monsters that they obtained from the start and continue to craft their abilities.

Players who have bought IAPs and those who have not are put on a level playing field.

Players who have made in-app purchases and those who have not are put on a level playing field, with wins and outcomes being primarily determined by strategy and skill.

So although we never really considered Summoners War to be a game optimised for eSports, this sort of level playing field is why our fans believe the game has such untapped potential as an eSports title.

It’s also why there was high demand from them for a live PvP mode before the World Arena was launched.

What are the major changes required for Summoners War to function as an eSport? Will the upcoming events feature tournament-specific rules?

As far as making the right adjustments to develop Summoners War as a legitimate mobile eSports title, our main focus right now has less to do with making changes to the gameplay.

It's more to do with establishing broadcast and streaming methods that can deliver a variety of information about the monsters during PvP matches, so spectators can predict and anticipate moves from both sides.

For example, if during a broadcast we provide on-screen information about the cool-down times for each monster being used, spectators will be able to anticipate what the next moves in the battle might be and determine whether or not the correct play was made.

We believe this will add more fun and immersion to spectating a Summoners War battle.

For the upcoming Amazon Mobile Masters Invitational tournament, there won’t be tournament-specific rules but we will have a speed-running revival challenge called Dungeon Run to give players that have lost a chance to stay in the competition.

Why was the US chosen to be the home of the first major Summoners War tournament and how did Amazon and Twitch get involved?

We wanted to figure out a way to keep our player base engaged not only in the game but outside as well.

So our plan Stateside was to go local and regional and for them to be fan-led and organised. We wanted to slowly but surely build a Summoners War community in an organic way.

We hope these meet-ups continue to get bigger and bigger and spread across the US.

And earlier in April, the first local tournament/meet-up kicked-off at a comic book shop in Manhattan Beach, California called the Comic Bug. The turnout was better than expected with just over 150 people participating.

We even had several fans come all the way from Washington DC and drive over six hours from Northern California to be part of the gathering.

Our hope with this small initiative was for it to create a snowball effect and for these meet-ups to continue to get bigger and bigger and spread across the US.

As a matter of fact, across the pond, there’s a local meet-up currently being organised in Paris at the moment led by the largest Summoners War fan group in France, called SWFR.

Right now, they’re looking to hold the event at an eSports bar in Paris called Meltdown in the next month or so.

So again, our plan was to start small and at the regional level that would highlight our players and the community while creating content for streaming.

Then of course Amazon reached out to us. That changed everything, and with Amazon making a big push into mobile eSports, the timing was just right as we had been focusing on growing our influencer community.

And since we were already working closely with Twitch, it was an easy decision for us to partner up with them when they gave us the proposal which took this to a much bigger stage. It just made perfect sense for us.

One of the main reasons we loved working with them was because everybody understood that we wanted to create content that allowed us to gain entertainment from something other than the game itself. Watching our favourite streamers battle each other not so much for prizes, but more for pride.

Our first World Arena tournament in Seoul attracted about 600 fans.

Are there plans to hold eSports tournaments in Asia too?

We do, in fact, have plans to continue holding tournaments in Asia.

In March, we kicked off our first local World Arena tournament in Seoul, South Korea, which attracted about 600 fans to spectate a four-team tournament.

That event was broadcast on OGN, a games-focused cable channel and livestreamed on their YouTube channel as well.

At present, the eSports scene is dominated by the MOBA genre. How can an RPG like Summoners War fit into this, and do you think that eSports will eventually become more genre-diverse?

Summoners War is an RPG that requires players to methodically strategise and really think about how they’ll form their monster lineup relative to an opposing player’s lineup in order to maximise the team’s potential for victory.

It’s distinctly different from other mobile RPGs out there that focus solely on farming, collecting and levelling up.

It’s more akin to a game of chess because a match can be reversed in an instant in favour of a player that at one point was likely going to lose.

So if other mobile RPGs can offer players similar gameplay mechanics, then we believe there will be more genre-diverse mobile games that will translate very well as eSports titles.

Will Summoners War's upcoming MMORPG spin-off be designed with eSports potential in mind?

At present, we’re considering a number of gameplay options for the Summoners War MMORPG.

The beauty of Summoners War is that it now caters to different players using the same platform.

But as of now, our mobile eSports initiatives are focused solely on Summoners War and our just-released tactical action RPG, Majestia.

With Summoners War still going strong after more than two years, can the addition of eSport competition play a part in furthering that longevity?

It absolutely will. The beauty of Summoners War is that it now caters to different players using the same platform.

Depending on what they want, players can compete to climb the arena. PvE seekers can push the limits of their teams in clearing the Dungeons and the Tower of Ascension to set personal records.

Social butterflies can contribute and support players through mentor/mentee systems, and those that are artistically and architecturally-inclined can design their island resorts to show their creative flare.

By providing a wide range of such gameplay elements, we have something for every type of player.

Summoners War is getting an MMORPG spin-off, cartoon, movie, and more