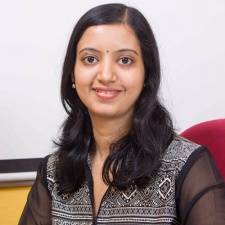 In this entry, we discuss cooking and restaurant management game Star Chef with 99Games VP of Games Shilpa Bhat.

The title was first launched in August 2014 and since then has gone on to achieve 15 million downloads worldwide and helped the studio attract to funding rounds as it continues to grow.

PocketGamer.biz: Now that Star Chef is three years old, how do you reflect on its performance thus far - from launch to the mature title it has now become?

Shilpa Bhat: The success of Star Chef has belied all our expectations

The title started small, with an iPad-only test launch and an iOS only main launch. We relied on controlled user acquisition for sustained monetisation and were able to scale it gradually.

We built a great community of Star Chef players along the way, secured two rounds of external investments and it helped us dream of building more global titles.

How big is the team currently handling live ops on Star Chef?

We have an in-house tool at 99Games backed by game data analytics and machine learning for live ops. This enables a four-member team to manage, analyse and refine live ops on Star Chef.

How important do you consider customer support and updates to be? How have players responded to significant updates?

No game publisher would deny the importance of updates and customer support for a freemium game like Star Chef. We ensure that every update contains a good blend of new content, fanbase requested features and fixes for any user reported issues.

No game publisher would deny the importance of updates and customer support for a freemium game like Star Chef.

This ensures that we cater to the needs of every segment of players, from those who have freshly onboarded the game to all those super fans who have been playing Star Chef since its inception.

Over these years we have built a dedicated customer support team who not only take care of customer queries and improve the game retention, but contribute in building a happy community around this game. We have a dedicated practice of responding to reviews from customers on the stores as well.

Most players reach out to us via our in-built customer support tool, our social media channels - particularly on Facebook, Instagram and Twitter - or leave a review directly on the store.

We respond to each of these on a daily basis, which has resulted in an uptick in our store rating - where customers have changed their negative ratings to a positive ratings - as well as a fair number of organic installs via our social channels and improving our in-game retention drastically.

In addition, we’ve observed an increase in player engagement and monetisation post-updates. One example that comes to mind is when we sent out an update that was specific to Japanese players, which resulted in a significant boost in revenues listing Japan among our top five monetising countries.

What steps have you taken to ensure that Star Chef maintains a sizeable and active player base all this time after its launch?

Star Chef by design has several community and social features to keep players engaged and get them coming back for more. Regular game updates with seasonal content, introduction of newer cuisines and features has also helped us retain our fanbase.

Our in-house targeted live ops system helps to serve different segments of players as per their needs. In addition to strengthening the community within the game through regular updates, our focus last year was in building and scaling our customer support and marketing teams to further engage our fanbase on social channels.

Support from Apple and Google Play teams has also helped in bringing out the best in this game on their respective platforms and our major target geographies.

How were you able to amass such a large player base in the first place and what tips do you have for other Indian developers looking to break out on a global scale?

I think what worked the best in Star Chef was that we chose to address an audience that mostly indulged in farming and HOG games back then.

We’d encourage all our fellow Indian developers to start slow and scale steadily to ensure success at a global scale.

Cooking being a universal theme leant itself well to this player base and we latched on to the core emotion - love for food/cooking and a desire to be a chef while putting together concepts for Star Chef.

Most of our players loved that the game was more relaxed and not fast paced compared to other cooking games in the market and were able to relate to the idea of learning new world cuisines through a game.

We ran UA at a small scale during the initial pilot launch of the game and initial metrics indicated that the game was able to give a positive ROI at scale.

Star Chef has been a big learning experience for us and we built our scalable infrastructure, analytics, UA, marketing and customer support teams all as a part of scaling this game while not losing sight on the core theme of the game that delighted players in the first place.

We’d encourage all our fellow Indian developers to start slow and scale steadily to ensure success at a global scale.

Are you able to share any KPIs for Star Chef such as total downloads, DAU or retention?

What lessons have you learned/are you still learning from Star Chef? Is there anything about the game that, in hindsight, you might have handled differently?

When we started off with Star Chef three years ago, while we designed it to be a global title right from its prototyping stage, we did not anticipate it to be received so well across major geos, especially in Southeast Asia. Localisations like Thai, Simplified, Traditional Chinese, Japanese came in much later.

With our experience now, we have a better grip on which countries we need to focus on during launch. Star Chef was developed on iOS first to measure monetisation.

Given our confidence now in developing and managing a global title, we now consider simultaneous development for both platforms.

Finally, how has your experience with Star Chef informed where you are and what you are working on now?

Star Chef has given us good understanding of female demography 25 to 55 across various geographies. This is the audience that we would continue to target globally.

We have grown our team to three parallel production lines. While one production line is completely taking care of Star Chef, the other two are working on new global titles and we are quite excited about how they are turning out.

While cooking continues to be the theme of one of these titles, the other title will explore a different theme that we estimate to be equally welcomed by our audience.