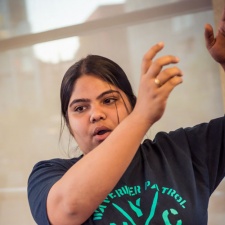 A hugely popular app back in 2012 and the winner of Pocket Gamer’s Best Overall Game in that year, Halfbrick’s Jetpack Joyride has taken flight again.

But this time it's launching in India with a brand new version developed by local studio Mech Mocha and culturalised specifically for the country.

The side-scrolling endless runner may have been around for years, but Mech Mocha believes it can give the title a new lease of life in India, where the original version had already been released. This new edition has now replaced the old one.

Speaking to PocketGamer.biz, the studio’s CEO Arpita Kapoor said Jetpack Joyride is a good fit for India given the country's young audience, with 70 per cent of players under the age of 30 and a male-heavy demographic.

“There’s a natural affinity towards adrenaline-heavy games like action, racing and running,” she says.

“Jetpack is a good mix of action and running. Also, due to the variety of gadgets, vehicles and power-ups; Jetpack Joyride is one of the few casual games that has a good amount of depth in gameplay which would help us create enough variety and content to have a long-term retaining game.”

The Indian mobile games sector is one of the hottest emerging markets in the world with a population of 1.2 billion, but is still largely known more for its ability to generate high downloads than high revenues.

That hasn’t stopped publishers trying to break into the market early though, including Words With Friends developer Zynga. A common tactic is not just to release any game in the country, but to culturalise it to better fit local tastes.

“The majority of the players are experiencing games for the first time on mobile,” says Kapoor.

When it came to Jetpack Joyride, Mecha Mocha had a number of changes in mind to make it better fit the local audience.

For starters the title now stars a new hero, BarryKanth, a billionaire don who develops jetpacks and other gadgets to take out his enemies, as well as a new backstory for the title.

The majority of the players are experiencing games for the first time on mobile. This makes it critical for gaming companies to adapt their games to the Indian audience.

One of the core features that has been added is a level-based progression system, which was a solution to problems the team noticed during user testing.

“The number of new concepts introduced in the original Jetpack during the first session of play is overwhelming for a first-time mobile gamer,” explains Kapoor.

“Level-based progression helped us stage the introduction of concepts in a smoother way and also adjust the difficulty curve of levels according to the player’s skill.”

She adds: “By introducing levels - and worlds - our team had the ability to introduce advanced mechanics and obstacles as users progress in the game. We also added boss fights which previously didn’t exist in the original game.”

When it came to monetisation, Mech Mocha decided after a number of experiments to land on a consumable-heavy economy, rather than a durable-heavy one that the game previously utilised.

“The main reason being the consumption patterns of Indian gamers: byte-sized payments through sachet pricing of goods instead of large investments,” explains Kapoor.

“Though these changes were made by keeping in mind users who never played Jetpack Joyride, we retained the classic endless running mode in the form of challenges to keep the nostalgic factor of the original gameplay. In challenges, players can now compete for bragging rights on local and India leaderboards.”

Now the studio has launched the title, it aims to keep it live for some time yet. The studio plans to conduct daily and weekly tournaments with YouTube influencers (the video platform has 180 million monthly active users in India) offering real rewards for the winners of the aforementioned challenges.

It also plans to sync in-game events with major festivals and other real-world events in India, such as one based around the Indian Premier League during the summer.

Not just content with utilising the Jetpack Joyride IP, Kapoor says a number of other companies are looking for local partners to get games published in India.

To that end, Kapoor reveals the studio will have some announcements to make in the next couple months concerning other deals it’s been working on.