The new IP will feature an array of gods and heroes from Greece, China and more 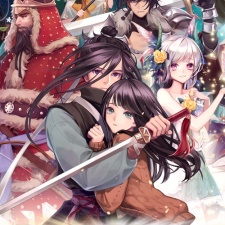 South Korean games developer NadiaSoft is looking to strike a balance between Eastern and Western influences in its new mobile IP Gods of Heroes as it tries to appeal to a global audience.

God of Heroes’ story centres on an eclectic cast of over 150 gods and heroes from Western and Eastern cultural backgrounds. The group come together to battle the Greek gods of Olympus, the antagonists of the tale.

Gameplay features a traditional system of turn-based strategy battles along with other RPG elements of storytelling.

“When we developed the game we wanted to put all the heroes and legends together so that there would be heroes from both the West and the East,” said NadiaSoft CEO Alex Shin speaking at South Korean conference PlayX4.

“We wanted to bring the world in harmony together.”

Development of the title took two years due to the scope of the project and the size of the team, who included six core-developers and a group of 10 in total.

“Because all the illustrations were done by the one artist it took about two years, which was a hardship,” said Shin.

“It also took a while to collect all the stories and backgrounds from all the different cultures.”

Formed back in 2014, God of Heroes is NadiaSoft’s second foray into the games market with the first coming back in 2016 with a rhythm and music game called Full Moon Party.

“It was kind of like a prototype, we like hip-hop and music, so that’s why we first started with Full Moon Party,” said Shin.

“But to expand onto the global market we have created this new title.”

God of Heroes is set to launch next month on Google Play. There are also plans to launch on the Nintendo Switch in future.