Agate talks creating a title all about competitive gaming 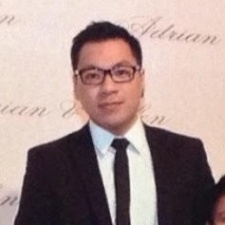 Dave Fabrian: Agate is an Indonesian game developer that founded in April 2009 by 18 passionate founders with a simple premise that we want to pro-actively contribute to world happiness from our games.

Our early products were Flash-based games, we launched a football simulation game for local market named Football Saga in 2010. It was quite successful in Indonesia, but since the web-based games market was declining we are now focusing on developing games for the mobile market.

Esports Saga’s team consist of nine core members which call themselves Extreme Justice, and their inspiration are:

Our game, Esports Saga, is a management simulation game where you assemble a first-person shooter esports team to take on the world championship.

You can recruit, train your team members and battle with other players in online matches. Our creative director Riki was a hardcore FPS gamer and in December 2016 he pitched an idea to create a game for casual players who want to feel the unique experience of being an esports team owner.

He realized that even when gamer is only watching FPS game being streamed, it’s already a fun experience for them. So we think that this idea might be interesting for mobile gamers.

We were bootstrapping in the first six years with our initial salary and we worked 90 hours per week to pursue the capability gap that we had.

We nearly went bankrupt several times, and sometimes we were forced to loan some money from friends and relatives to makes sure that we had enough cash for our operational expenses.

But whenever we hit a wall and fall down, we are very grateful that we've always managed to bounce back.

Now we’ve become one of the leading game developer in Indonesia, and we believe that our positive culture and strong purpose have played a big role in our sustainability. It’s not an easy journey, but we really enjoy it.

It’s an honour to be part of it. I was really excited when I got the email from BIP that our game was allowed to enter the pitching session. It’s actually my first time pitching our game at an international event.

The judges were very great, they focused on what I said and what I showed to them, they were asking good questions and they were able to understand a lot about the game quicky despite just having a limited time to see it.

When Simon announced that our game won, I couldn’t believe it, I couldn’t wipe my smile off my face for the rest of the day since it’s been a long time since we started. It means a lot to us.

We got some good insights and advice about our game from the judges. But the most important thing is that our game’s concept got approval from the judges who understand about mobile games and its market

I think it's important for our validation process. After this we hope we can prove that this concept could be accepted by players too.

We really hope that we could create a great community from this game. For our future projects, we're developing several games aside from Esports Saga, and we plan to launch them on mobile or console platforms within one year. I hope we can announce them in the next few months.