"it may be true that cryptocurrencies are a temporary hype, but we don’t think that the underlying technology itself is a fad" 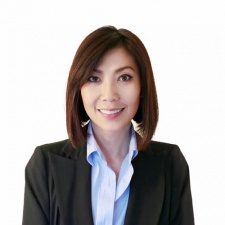 UPLTV (‘Up Lifetime Value’) has rolled out a new platform with their in-house blockchain division Adrealm.

Called Xhance, it's out to tackle a myriad of problems endemic to closed, centralised platforms and will be the first DApp (Decentralised App) to be launched on Adrealm’s new blockchain-based ecosystem.

Typically data attribution, lifetime value and return on investment (ROI) analytics platforms are centralised. With that though comes security risks, as it is unclear what data attribution service providers may do with data.

According to Adrealm, the situation is an opportunity for blockchain technology to shine and its ready to step up and score a big win in the attribution analysis industry.

PocketGamer.biz: Could you explain a bit about Adrealm and the services you provides?

Mei Li-Berlit: Adrealm is a blockchain-based ecosystem, and with it we aim to recreate the digital advertising industry.

Adrealm harnesses the power of distributed ledgers, and our innovative consensus mechanism regulates and incentivises advertisers, publishers, and service providers to do business in a way that promotes the health of the industry.

Our ecosystem is “trust-free," self-sustainable.

We’re building a public chain to support the implementation of a new and original consensus mechanism, called 'Proof of Valid Traffic.'

We’re building a public chain to support the implementation of a new and original consensus mechanism, called “Proof of Valid Traffic.

It unifies the business incentive among all participants in the digital advertising value chain, and does so fairly and effectively.

To match the level of speed and scale needed for the digital advertising business, Adrealm has an off chain network equipped with a side-chain suite of business templates and tools.

A service layer includes DApps and engines that we’ve developed, and it will in the future include those developed by the developer community. We’ll be able to offer “plug n’ play” service modules for anti-fraud, big data analytics, ad optimisation etc.

How are you harnessing the blockchain for your services? How does it work?

The heart of our blockchain is not only in the distributed ledger, and use of distributed technology, but also our unique consensus mechanism.

Traditionally, the consensus mechanism had been used to harness computing power to support block creation through “mining”.

So, not only are we utilising technology to create decentralised services for participants, we’re positively incentivising all participants to work towards the same goal.

Unlike non-blockchain based platforms, Xhance does not handle data storage and data processing like a centralised third-party.

With Xhance, advertiser data has its own isolated channel for data storage. There’s dynamic encryption for protection against data leakage or misuse.

This is more than an innovation in data-ownership transfer; it creates a better business for advertisers.

Data processing is done through TEE (Trust Execution Environment), and advertisers can give out their access code per data strand, to run data analysis and attribution as much as they wish to verify results.

This is more than an innovation in data-ownership transfer; it creates a better business for advertisers.

Why use blockchain technology at all? And why is this a good thing for developers and marketers?

Our starting point originates from pain points that originally exist in the digital advertising industry, such as opacity, fraud, data insecurity and so on.

We’re experienced app developers, game publishers and providers of adtech. We’re always on the lookout for solutions to these problems.

When blockchain technology came about, we realised that its transparent nature, immutability, efficiency and consensus mechanism provided a unified solution to most if not all of these problems.

The blockchain consensus mechanism gave us a new way to rethink how businesses can run, how confidence can be maintained in a “trustless” environment in which all players can pursue their advantage while working with each other to improve the industry.

Blockchain allows for new levels of transparency and immutability.

It also “bonds” participants, regardless of their revenue model, because at the end of the day, everyone is working towards the same industry-wide goals.

People who hear about blockchain may often think of cryptocurrency and initial coin offerings. Is it more than that?

Yes of course. “Cryptocurrency” was invented at the onset of Bitcoin, where it did indeed serve as a kind of currency.

On Adrealm, the ARM token is a value-carrying token that represents a “share” for each participant in the ecosystem.

This “share” not only represents the potential for “value” growth, but also a right to vote on decisions that take the ecosystem forward.

Adrealm also carries a static USD 1:1 token, AUSD, which together with ARM, provides a stable transactional environment for conduction of business.

ICOs are an invention by blockchain-based projects to fundraise, based on the idea above that tokens can be a form of “share”.

However, this form of fundraising activity has also caused a lot of hype and loss.More than a few projects have failed to make good on their promises.

We think that ICOs are, or can be, a good way to imagine how a community needs to be engaged.

But what is more important is a track record of doing business and doing it well.

But what is more important is a track record of doing business and doing it well. Where are we strong? With operational experience and go-to-markets that prove our concepts work in the real world.

With Xhance, we drew upon our strong business foundation in mobile game publishing (avid.ly). We also drew upon what we learned developing and running UpLTV, an AI-driven ad mediation platform that serves hundreds of mobile game developers in optimising their in-app ad monetisation strategy.

We have, and we are part of, a strong, smart community. We anticipate support for and engagement with our blockchain ecosystem, which would make for a viable and sustainable business model.

Fraud has been a particularly big problem in this space for a while now. How will blockchain fix this problem? Will it eradicate fraud completely?

Fraud exists because there are incentives for fraudulent activity. It is endemic to the existing digital advertising value chain.

Imagine if large players and media sellers are allowed to continue to benefit from fraudulent activity and from the opacity which they knowingly exploit.

Why would they want to root it out? So we have a growing problem, year-on-year, despite how much the issue has been bemoaned and highlighted. The truth is, fraud is “good” business for some.

While thinking about a solution for fraud in this huge marketplace, one plagued by bad actors who will continue to leverage opacity at the expense of the industry as a whole, we thought, a simple solution might lie with verifying “traffic.”

Technology that aims at detecting fraud before it happens wouldn’t eliminate the problem, for the simple reason that malefactors will always find a loophole.

Clearly, the missing link here is in the underlying “incentive”. Blockchain not only brings a technological way to solve problems in the twenty-first century.

Given the nature of blockchain, we can recreate the rules of the game and reestablish how participants are incentivised to play.

Given the nature of blockchain, we can recreate the rules of the game and reestablish how participants are incentivised to play.

We believe our solution may not immediately eradicate fraud completely; it’s a gradual process. But we can make a more efficient, more equitable, higher-quality digital advertising marketplace, incentivised by valid traffic.

Is the blockchain just a fad, or should developers and marketers get serious about something that’s here to stay?

The study and theoretical research of distributed technology itself actually began much earlier with the emergence of the internet.

The birth of “Bitcoin” and later “Ethereum” were the catalysts to the worldwide craze of cryptocurrency and an entry point for everyone to understand the complicated technology behind it.

So to answer that question, it may be true that cryptocurrencies are a temporary hype, but we don’t think that the underlying technology itself is a fad. It should definitely be taken seriously. It has the power to improve business, and perhaps even save the industry from destroying itself.