"As I’m sure everyone knows, the Google Play store is not a big player in the market. Instead, the area is dominated by local Chinese app stores" 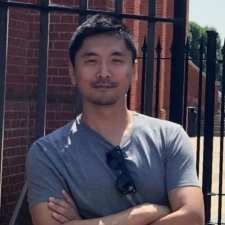 The opportunity presented by the size of the Chinese mobile games market is well known.

Larger publishers can find navigating the Chinese market less difficult, owing to their size and experience, as well as having deeper pockets.

However, many independent studios give up on publishing in China because of the perceived difficulty in entering the market. Whether it’s negotiating through the alternative app store landscape or dealing with legal issues, it can sometimes seem like more hassle than it’s worth.

As a mobile advertising platform with a specific focus on China and APAC, I often talk to publishers about both the challenges and opportunities that China represents. And we are not the only company doing so.

Chorus Worldwide is an indie-focused publisher which specialises in bringing Western games to Asian audiences. It has successfully released over a dozen indie titles into the market including the first two entries in The Room series.

I sat down with Chorus’ founder Shintaro Kanaoya to ask him what advice his company has for independent developers considering making the move to China.

Sean Parmenter: How interested are indie developers in releasing in China?

Shintaro Kanaoya: What we’ve found is that there’s a lot of interest, especially for Western studios, but Asia is an area they don’t understand how to reach.

China is obviously the biggest part of that and what we find is that developers say “we know China is big, we know a bit about it but we wish we knew what we were doing.”

So there is a lot of interest, but there’s also a high level of ignorance, uncertainty and lack of understanding.

You mentioned that you’ve published on iOS in China. Is targeting iOS a better starting point for mobile game developers looking to release into China for the first time?

It is. The journey is a lot easier for sure.

The checkbox for China is there, whereas for Google Play it really isn’t.

You can release in China using the same process as the rest of the world. The checkbox for China is there, whereas for Google Play it really isn’t. So it’s actually pretty straightforward and anyone can put their game on the app store.

The tricky part is that if you put it there and no-one knows about it, then it can disappear without a trace. But for us, iOS is the easiest platform to release with.

The Room and The Room 2 were your most successful titles in China. How did you overcome the discovery problem?

The first thing is that both games had already been very successful already. We launched The Room in 2015.

It was already on the Chinese App Store in English, but it had done modest numbers in comparison to everywhere else because it hadn’t been localised.

When we announced the formation of Chorus Worldwide in 2013, we established a relationship with Apple explaining what we were doing in terms of curating releases from the West and bringing them to Asia.

I think that relationship and building up trust meant that we were doing good localisation, which meant that Apple was confident in us.

This meant they were happy to feature the game and that was the number one driver of downloads.

For Android releases, you have used a local partner to connect you to the market. Why did you do that?

As I’m sure everyone knows, the Google Play store is not a big player in the market. Instead, the area is dominated by local Chinese app stores.

As I’m sure everyone knows, the Google Play store is not a big player in the market. Instead, the area is dominated by local Chinese app stores.

So the biggest issues for anyone going into China is that you have to build relationships with each of the stores, integrate their SDKs and then aim to get featured on each of them.

On top of that, there’s the requirement for the ISBN license from the government to operate.

All of that takes boots on the ground and a lot of resources, which we don’t have.

We look for partners already doing that, sub-licensing the games that we’ve got the rights to and then finding someone we like and trust to go through the process of that.

For example, our partners who helped us launch The Room on Android had relationships with all the top stores.

But they also had an SDK, which had the other SDKs connected to it, so it made that part a lot easier.

They had a technical solution, the relationships and were able to get the government license for us, all of which are hard to do if you’re not in China.

We knew it was something we were never going to be able to do, so we researched and found our partners and took it from there.

Let’s say you’ve got everything you need for launch in terms of infrastructure support, but the game itself isn’t localised. What advice do you have for localising a game successfully into China?

Find someone really good and that you really trust to manage the localisation process is absolutely key.

Unless you speak it yourself, if you send away a text file to a localisation company and it comes back, you don’t know if a translation is any good or not.

We pride ourselves on that translation being solid, that it’s well written and it’s done by a native speaker who has played the game.

So our advice would be to find someone that you can trust to review the translation.

Otherwise, we have seen this in the past where things have been localised and we’ve had to change the lot because it’s wrong or wrong for the genre.

Without knowing the language you’re going into, there’s the potential not just to get things wrong but to cause offence. So it’s important to be careful.

In addition to adapting the in-game text to the local market, did you have to adapt the commercial strategy of each game to do well?

We did for The Room and The Room 2, which were premium games in the West.

We made them free at the point of download, allowed you to play it up to the end of the first chapter and then asked for an in-app purchase to unlock the rest of the game.

Without knowing the language you’re going into, there’s the potential not just to get things wrong but to cause offence.

The reason we took that approach is that anything with a price will cause people to disregard the game, especially if it’s something that doesn’t have a well-known IP or fits culturally with the market.

When you’re trying to introduce something unusual into the local market, it’s important to let the players try it first before making a purchase decision. That’s one of the things that worked with The Room and The Room 2.

Apple had featured it, people were able to look at the store page and the screenshots. By going free, we were able to get people to hit the download button and try it out.

I think that was really important to its success. I think if we hadn’t done it, we would have struggled to get as much traction as we did.

Finally, what would be your top tips for any indie looking to release their mobile game into China for the first time?

If you don’t understand the market and have never done anything there before, find a partner.

Whether it’s a company that covers a few countries like a China-only partner or us, find someone who you can work with that has proven successes already.

The worst thing you can do is go in blind and hope for the best. If you spent two years developing a game and we definitely want to be in China, then that’s such a waste. You’re potentially ignoring, or not doing your best, in the biggest market in the world.

So you either need to build that expertise in your team somehow or to work with a partner.

Google, Voodoo, JoyPac and more to speak at hyper-casual games summit in Shanghai on August 1st