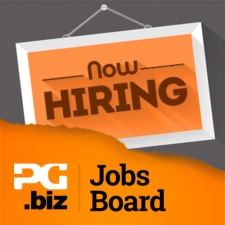 We currently update the list every Friday, so be sure to come back in a week's time to find out if that dream job of yours is closer than you think