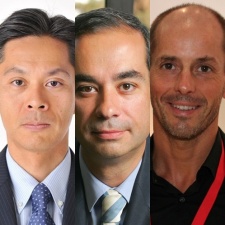 The mantle of Nintendo of Europe President however will be taken up by Stephan Bole (Pictured main, right), who is taking the role as COO/president.

Changes will take effect as of July 1st.

Former Nintendo of Europe president Satoru Shibata will return to the company headquarters in Kyoto, Japan, having served at NoE for 18 years.

There Shibata will hold a new position within Nintendo as GM of the marketing division, as well as of the licensing division.

Shibata will also be joining the board of directors from June 28th.

“To say that Mr. Shibata’s contributions have been instrumental to Nintendo’s European operations is an understatement,” said Nintendo of Europe COO Stephan Bole.

“His efforts over the past 18 years have helped to bring Nintendo products to generations of players across Europe - and beyond.

“While he will be missed by many, I have full confidence that with our new structure we’ll be able to continue our mission of putting smiles on people’s faces through our unique gaming experiences.”