Holmwood leaving to focus on "other business interests" 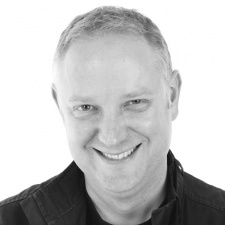 He’ll be responsible for the Japanese games publisher’s business across EMEA, Australia and New Zealand.

One in, one out

He replaces outgoing Marvelous GM Harry Holmwood (pictured, main), who built up the European branch in 2012. He’s leaving to “focus on his other business interests”.

Those other ventures include the studio he co-founded, The Secret Police, which amongst other projects worked on the release of Stardew Valley for mobile.

“I’d like to thank Marvelous for their trust and support over the years,” said Holmwood.

“It’s great to know the company is in good hands with Marc, whose experience and skills will be invaluable as the group continues its expansion into western markets.”

Melton added: “I’m very excited to be joining Marvelous. The company has a growing lineup of games from both classic and new IP. I look forward to working with the Marvelous Europe team to grow our business.”