“It is a time of unprecedented growth and opportunity for Pocketmath” 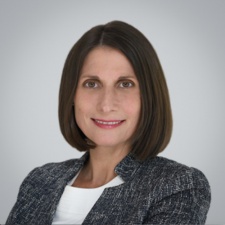 Joynson-Hewlett has been promoted to the role after acting as the firm’s chief financial officer since 2014.

Prior to this, Joynson-Hewlett worked at Bubble Motion for five years as its CFO. She possesses 15 years’ experience in managing and optimising companies’ abilities to balance profits and growth.

Nuno Jonet has also been promoted from head of product to chief product officer after working in-tandem with Joynson-Hewlett on expanding the Pocketmath business.

“I am honoured and excited to move into the role of CEO at Pocketmath,” said Joynson-Hewlett.

“It is a time of unprecedented growth and opportunity for Pocketmath, especially considering Southeast Asia’s crucial role in the future of mobile advertising, and I look forward to leading the company and our dedicated team members to new heights into 2019 and beyond.

“The ad tech marketplace moves a mile a minute, but alongside chief product officer Nuno Jonet, the future has never been brighter for Pocketmath and our trajectory as we embrace the potential of super apps and mobile technology in the global advertising marketplace.”