Will focus on core games business 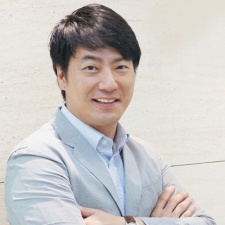 In his new role, Lee will work alongside current CEO Young-Sig Kwon to continue to "strengthen its competitiveness" in games and further expand upon its "global operations". While Kwon is expected to focus on Netmarble's core games business, Lee will head up the company's overall management and operations strategy.

Since 2014, Lee has performed as Netmarble's chief global officer, contributing to the firm's market expansion in territories outside of South Korea.

Prior to this, he was the senior vice president of global strategy and the vice president of corporate strategy for Netmarble, starting in 2007. A graduate of Seoul National University, one of Lee's first roles was as the head of Korea marketing at Yahoo from 2005 to 2006.

Netmarble most recently launched its South Korean top grossing title The King Of Fighters Allstar globally before Christmas. The game can now be downloaded from the App Store and Google Play in over 175 countries.

In 2018, we spoke to Lee regarding the opportunities and challenges facing South Korea’s lucrative games industry.