"I've been with the Street Fighter brand for a long time, experiencing good times, bad times, and even non-existent times" 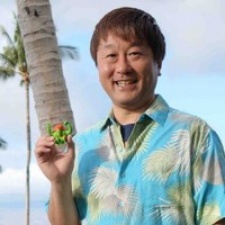 Taking to Twitter (below), the fighting game veteran revealed he would be leaving the Japanese publisher this summer. He did not give a reason for his departure, though he did thank the fighting games community for their continued support over the years.

While the vet may not have given a reason for his decision, Twitter user Dusk Golem – a reliable industry insider – claimed that Ono stepped away from the development of Street Fighter 6 when the game took a questionable direction.

"I've been with the Street Fighter brand for a long time, experiencing good times, bad times, and even non-existent times," said Ono.

"My heart is filled with appreciation to those players who've been giving warm and kind support on the brand especially little over the past decade or so as all the activities on the Street Fighter brand regained sunshine and grew its liveliness."