"We are thrilled to have Kevin join Nexon's Board of Directors" 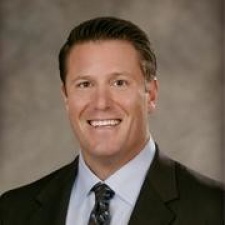 South Korean-Japanese games firm Nexon has nominated Kevin A. Mayer to join its board of directors.

In March 2021, during Nexon's annual shareholders' meeting, Mayer's position as a board member will be taken to a vote.

Previously, Mayer has worked as the chief strategy officer for Walt Disney, ByteDance COO and the CEO of TikTok. The latter of which he left in August, three months after taking the position.

"Nexon is a global leader in the rapidly expanding entertainment category of Virtual Worlds," said Mayer.

"We are thrilled to have Kevin join Nexon's Board of Directors," said Nexon CEO and president Owen Mahoney.

"As Disney's Chief Strategy Officer, Kevin was one of the key architects of the brand and franchise flywheel that reinvigorated Disney as a global entertainment powerhouse. And as CEO of TikTok, he was at ground zero in the creation of a whole new form of interactive entertainment.

"We believe his vision and counsel will accelerate Nexon's path to becoming one of the world's premiere entertainment companies."

Nexon aiming to launch one game per month in Japan, starting with Sansho Studios partnership

How to get a job at DomiNations publisher Nexon M