Will oversee platform's growth in US 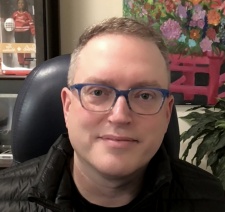 McCloskey brings over 20 years of experience in the video games and entertainment industries and will oversee the mobile esports platform’s growth in the US.

McCloskey has over 12 years of experience at Microsoft, working for Xbox and 343 Industries where he held several positions across the board, including in finance, service engineering, and business operations.

He held several business strategy initiatives for Xbox and Xbox Live, including working with third party publishers such as EA, Activision, and Square Enix.

Additionally, McCloskey previously worked for Twitch as vice president of games commerce, where under his leadership the video streaming platform doubled its revenues two years running.

MPL first began operations in the US in July this year with the launch of the MPL Pro App.

"MPL has quickly become one of the largest esports and gaming platforms in Asia and I am excited to help bring that innovation, operational excellence and opportunity to gamers in the US," said McCloskey.

"I look forward to working with Sai and the talented global team to make MPL the global leader for mobile gaming and esports."

MPL co-founder and CEO Sai Srinivas added: "Matt's experience in gaming and esports, as well as his ability to spearhead initiatives for iconic brands make him a perfect fit for Mobile Premier League. As we continue to rapidly expand our presence around the world, the US is one of our most important growth markets and Matt's proven leadership will help us reach our potential in the US."

In September, following a Series D funding round MPL raised $150 million at a $2.3 billion valuation.