In the west, the fast-growing Chinese mobile games market is typically highlighted as the sector's biggest opportunity. Chinese developers and publishers know the hard reality of that situation, however.

Sure, there are hundreds of millions of potential mobile gamers, but there's also massive fragmentation across the ecosystem, ranging from handsets and app distribution, to promotion, billing, social networks, and even connectivity.

Another challenge arises from the legacy of China's online games sector. Financially, it's still the biggest part of the industry, with large publicly-owned publishers. Yet despite their size, many are struggling to make the transition to mobile games.

The result is smaller pure-play mobile game developers are now highly valuable; something that's been reflected in some eye-watering prices during 12 months of overheated mergers and acquisition activity.

Perhaps the biggest challenge for Chinese developers, however, is quality of their content. Because of its legacy, the market remains dominated by poor mobile versions of existing browser MMOGs. Yet the most innovative companies are looking to combine the best aspects of the past with more enjoyable – and more mobile-centric – gameplay mechanics, as well as better graphics and streamlined user experience.

And it's such developers who are highlighted in our second listing of the best Chinese mobile developers. Only 17 companies from last year's list survive; demonstrating how quickly the market is developing. We expect 2014 to be nothing if not more extreme. 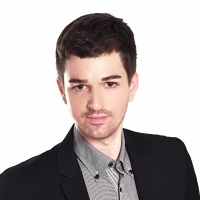 Reply
Tom van Dam Head of Mobile BD (Int.) at NetEase
Ever heard of NetEase, that small 19 billion USD company? Maybe not, but you should!
Confident to top the list in 2015 :)
Posted 4 years, 6 months ago Reply
An An
Ridiculously wrong...
Posted 4 years, 10 months ago