Back from San Francisco, what have they learned? 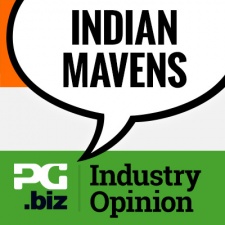 While GDC is a primarily US-centric event, for a few days the Moscone Center in San Francsico becomes the headquarters for a truly global games industry.

India was just one of the many nations well-represented at the event, with a number of developers making the pilgrimage.

As such, we ask our Indian Mavens:

I have mentioned in the previous edition of Indian Mavens that 2016 would be strong for VR. This year's GDC was a clear indicator of that.

VR played a very big role in this year's conference. Be it Moscone North, South or West, small studios, big studios or industry giants, everybody had something or the other to show in the field of VR.

Lots of hardware companies were trying to get a slice of the VR pie - I met at least 10 that had their own VR headsets. I'm very certain that the competition sector will become stiffer and stiffer and VR will grow at a tremendous rate in the coming year or two.

The great thing about GDC is that everybody who's a somebody attends this conference.

What I'm not certain about is how well it'd perform with the masses.

The great thing about GDC is that everybody who's a somebody attends this conference. If you set your agenda properly and early, you can meet pretty much anyone and it was much easier to approach famous and bigger names in the industry than I had originally anticipated. That helped with some great networking.

As for talks, most that I attended were narrative and design related.

Talks by folks at Crystal Dynamics about 'Narrative in Tomb Raider', Sam Barlow's 'Making of Her Story', and Jane Ng's 'Making the World of Firewatch' were some talks that I attended and enjoyed.

I'd also like to mention that I had received the All Access Pass for free through Game Designer's Network, an organisation that organizes a GDC scholarship for 20-30 developers from India each year.

GDC is doing a terrific job with the scholarship and is providing an opportunity for smaller devs to get a bigger experience out of the conference. Preparations for next year's scholarship are in progress, and I plan to support the organisation in their future endeavors.

Hope everyone else that attended had a great time as well.

Adding to what Ankush said, VR was definitely a big trend at this year's GDC. The lines for VR talks were much longer than for other talks.

Lots of hardware companies were demoing their own VR headsets, and a lot of developers I met are working on a VR title.

Another big trend to emerge was the increasing importance of YouTube and Twitch for marketing games. Most of the developers I met, even big-name indie developers, are planning their games with streaming and Let's Plays in mind.

This does not just include making it easy to record/stream the game, but even things like the look of the game, the art style, the game design are intended to make it attractive to YouTubers.

For me, the best thing about GDC was the fact that it allowed me to meet some of the game developers whose work I admire. As Ankush said, it was much easier than anticipated to approach well known developers and I learned a lot from these meetings.

Another good thing was being able to show our games to fellow game developers and get their feedback.

My highlight of GDC, though, was the IGF award ceremony. Apart from being a celebration of good independent games, I think it sets a benchmark that we, as Indian game developers, should aspire to hit.

VR is enhancing the experience of current formats of entertainment, development tools will give support to those creating these experiences, and the hardware to support the experiences will flourish.

Elsewhere, I noted a lot of innovative tools and technologies (some patented) to help cut costs and production cycles - these will continue to grow.

There were more efforts to empower indies from major game and app stores.

There were more efforts to empower indies, too: major game development platforms trying to lower the barrier to entry, major game stores/app stores working towards discovery of indie titles to encourage creative content in the gaming space.

I think we'll also see more games in which user generated content is integrated tightly within the core game mechanics. This has been happening for a while, but more serious efforts towards this type of gaming will emerge.

Multiplayer on mobile - be it co-op gameplay or eSports - will be another noteworthy trend.

GDC 2016 offered lot of fascinating talks, demos, and game showcases. I couldn’t attend many of the talks but I did sit through the Experienced Game Workshop.

I was really fascinated by this one game called Everything (I think) in which you can become literally anything present in the game, from a worm in the ground to the sun in the sky - and the game view and time will proceed accordingly.