The investment, which came from Japanese VC Rebright Partners, appears to be strong validation of its strategy of localising and publishing international games specifically for the Indian market.

But what do those in India think of Flixy Games' approach? We put it to our Indian Mavens:

Well, I am unable to gauge what their publishing strategy for India is since I do not know any one of the founders personally.

By reading the news covered by Yourstory, I think they are focusing on RPGs and FPSs. India is certainly getting ready to better network with 4G, Reliance Jio, etc., but I am still sceptical about monetisation in the RPG and FPS space.

I am certainly very happy to hear that more gaming studios are trying out bold approaches.

Indian players accept games as they are and don't expect the artwork to be Indianised.

But before writing this, I just visited their game’s page on the Google Play store and I found a big disconnect with respect to icon and screenshots.

I think Indian players (especially RPG and FPS players) accept games as they are and they really do not expect the artwork to be “Indianised”. One of the top grossing games in India is Clash of Clans which has nothing Indian in it.

But I would really be very happy to see them succeed with their strategy so that we will have a lot of complex games coming out of India.

In my opinion, international developers should consider India as different country than other Asian countries. India has always been a country which consumes foreign content as is.

Sometimes Hindi or Hinglish (Hindi+English) can give better boost, but I think there is no need to generalise India by women clad in sari with bindi on their foreheads or men with fancy headgear (topi/pagdi) and fancy pants (dhoti/lungi).

I think foreign games should partner with local Indian developers to help them acquire the right userbase, and work on re-engagement or re-marketing techniques and customer support to get better results.

I'm doubtful of an RPG's success on the Indian Play Store, and I'm not impressed with the efforts made to push Avatars Clash.

Changing the characters' names and adding an Indian character in storyboard (like Mera, Indrajith) is definitely not going to help them stand out.

Though Indians are open to consume western content as it is, I dont see the same applicable for Japanese content.

Manga/anime-styled Japanese games are still a risky bet in here - apart from ninja/samurai combat games. However, I'm looking forward to checking their FPS games and their publishing strategy.

For developers targeting India, monetisation tactics should be changed. Encourage gamers to play games with ads rather than IAP. You can see that with games like Cut the Rope have done the same in the past.

Game size matters, and should be less than 30/40MB. Distribution is also key, especially with private Android stores like 9Apps.

I was in South Korea until this Saturday and I think what Flixy is trying is important.

Almost everyone there were interested in bringing their games to India and beyond but their concerns for India were the same as everyone else in the Western world wanting to release their games in India.

India's problem lies in the unwillingness of people to pay for games, and there's no solution for that.

Everyone was concerned about monetisation.

Unlike China, India isn't facing a segmentation problem with 100s of stores. India's problem lies in the unwillingness of people to pay for games and there's no solution for that.

They're willing to download all kinds of games, but less than willing to pay for any.

Flixy is trying something interesting, but I believe that video games aren't as integral a part of the culture here as they are in the Western and Eastern countries.

If a growing market is where Flixy plans to head, then they should channel their energy towards Southeast Asia or Latin America where growth is incredible and the audience has started paying for games.

Or they can experiment and see if they can get around this problem.

I believe that Flixy Games' strategy of publishing foreign-made games in India is very interesting.

Any effort which tries to make good content accessible to Indian audience is a welcome addition to the gaming industry.

There is a lot of great gaming content available around the world, which for either monetisation, localisation or other reasons is not popular in India.

So trying to reach out to the Indian audience with this high-quality content is a good strategy. I do wish them they very best.

Obviously, as stated above, success will depend on their choice of games and their level of localisation.

One thing I noticed in Flixy's first game is that while the names of characters are Indianised, the character art still looks very Japanese, so there is a disconnect as a player.

The character art still looks very Japanese, so there is a disconnect as a player.

Hopefully, going forward, they can work on different aspects of the games: the writing, the character art, even game and monetisation design when required, to make it more suited to the Indian audience.

I would even like to see their games localised in local Indian languages, starting with Hindi but going to regional languages too.

As for international developers looking to target the Indian market, as Ankush mentioned, paying for games is a challenge. How Flixy aims to tackle this will be interesting to see.

In my experience, ad-supported is a model that gamers in India don't mind a lot, but the relative lack of advertisers keeps the eCPM down in India. With the market maturing, eCPM might increase.

From what I can understand about Flixy games, they are trying to localise already developed foreign strategy/RPG games and publish the games to attract Indian audiences.

After playing their first game Avatars Clash, this is what I feel:

Korean/Japanese-style games are very different and unique to their culture, and their players are much more advanced as gamers as compared to Indian audiences.

Most of Indian mobile gamers are first time or early gamers, therefore introducing them to anything non-casual in nature will attract only a niche audience.

Nonstop Knight is a perfect example of an RPG game but extremely casual gameplay that has a mass audience appeal.

There is a very heavy Korean art influence and it does not feel like a truly localised game.

I feel that in terms of theme, for games to truly feel Indian and attract our attention, it needs to be driven by things that are deep rooted in our Indian culture: Bollywood, Cricket, Mythology, Teen Patti, etc.

But I wish Flixy games all the very best for a successful journey! I am sure we will get to learn a lot trying to publish games for Indian audience and keep maturing as developers and publishers.

Reply
Neel Gupta
I only see a localization need for "Game Marketing", and maybe "in-Game events".
There is NO need to localize anything else, such as content ! 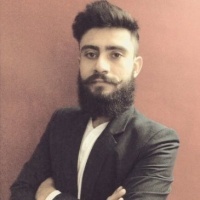 Reply
Agam Arora Studio Head (India) at V2 Games
In my opinion, what Flixy is doing right now is what many publishers did few years back in China. What worked in China may or may not work in India. But ruling it out just because it is not tested would be too rash. Ski-Safari (Bingo!!)

Indian market is not "trained" to pay for games is a thing of past - and it is changing. Indian user-base is evolving to the western trends of paying for what you play and how you play. Looking at present trends and still not seeing the future is a sin we should not commit. Looking at examples like Clash of Clans from monetization proves Indians are spending. Looking at Clash of Clans from the Indian appeal it has is similar to asking a fish to climb a tree. The game need not be "Indian" to generate revenue, and this definitely does not mean a game which looks "Indian" has no monetization appeal.

We as a nation are moving towards the habit of spending digitally each day, we are being trained with likes of e-commerce giants. It will finally boil down to how much we are able to motivate the user for paying; can we bring the urge in the gamer to pay to progress faster. Can we bring the need in the gamer to buy that fancy costume just to impress our friends.

It may be not now; but I have a strong feeling that we are moving towards the better times. Its a cultural thing and the balance has ticked towards change. We need more studios of the likes of Flixy to come up and embrace this society and train India towards what all of us are wishing for.
Posted 5 years, 7 months ago