King's decision to drop advertising a sign of the industry 'maturing', says PapayaMobile

Hanage says devs need to work out what works 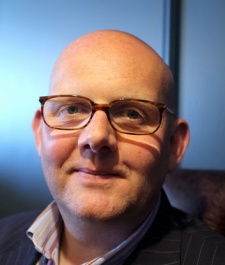 June 13th, 2013 - 07:55pm
By Keith Andrew
King's move to pull in-app ads from its library of games shouldn't be taken as a sign that mobile advertising is dead, says PapayaMobile's GM of EMEA Chris Hanage.

Rather, Hanage contests that it's a sign of a maturing industry, with developers now evaluating what works and what doesn't rather than trying everything at once in the hope something pays off.

'No right or wrong'

In a statement released to the press, Hanage claims King's move to pull advertising and, instead, rely on in-app purchases for the bulk of its monetisation isn't "right or wrong", but rather a reflection of what King thinks will work for its userbase.

Other studios may not come to the same conclusion, he contests, noting that Papaya has seen how "smart but sparing use of different in-app ad format delivers benefits for everyone."

He continued, "Such ads help consumers with new game discovery, developers with revenue, and advertisers with marketing reach.

"King's decision is also good for mobile advertising. It shows that as the industry matures, companies are getting a better understanding of which monetisation model works best for their games and the people who play them."

King's statement said the decision had been made to provide its players with "uninterrupted entertainment."

Hanage, of course, has his own angle to push here  namely Papaya's cross-promotion network AppFlood.

As a result, Hanage believes there are notable benefits for studios that do build ads into their apps that go beyond revenue.

But that's not to say that those that stick with advertising don't need to re-evaluate how it's delivered.

"In-app advertising isn't about cramming ads into every spare inch of a game; its about fitting into the UI in an unobtrusive way that doesn't detract from the user experience or gameplay," concluded Hanage.

"Some developers will look to increase advertising according to their game design, while some will look to focus on in-app purchasing for revenue instead.

"Those who follow the advertising route need to take care about how and where in-app ads appears in their games, in the same way they think about in-app purchasing or the price strategy for a premium title."