Develop 2013: MAQL Europe's Harry Holmwood on why western devs could take the lead in Japan 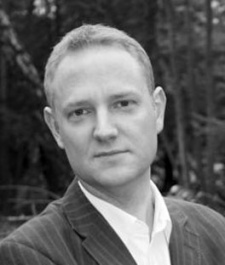 July 9th, 2013 - 12:52pm
By Keith Andrew
Japanese gamers don't yet see smartphones and tablets as fully formed gaming devices, instead using them primarily as platforms for genres such as card battlers.

That's the take of Marvelous AQL Europe CEO Harry Holmwood who, while speaking during the Evolve day at the Develop Conference in Brighton, suggested the door is wide open for western devs to change Japanese thinking  if they're willing to learn the lessons of studios already based in the market, that is.

According to Holmwood, while western gamers are now comfortable with playing console-like titles on mobiles and tablets, in Japan that's role is currently filled by handhelds, such as 3DS or PS Vita.

In fact, smartphones still occupy the same space as their predecessors - feature phones - in the minds of many Japanese gamers.

"Feature phones have been big in Japan for a long time," said Holmwood.

"They were playing some advanced games on their phone ten or twelve years ago, which is when their mobile social networks emerged."

That early start, however, means the way they perceive the smartphone is notably different to audiences in the west, he contested.

As such, there's a huge opportunity for western developers to change Japanese thinking and turn mobile into a more fully formed gaming market - and that's a trend both Apple and Google are keen to encourage.

A matter of service

The key to success, he suggested, is learning the tricks of the trade Japanese developers have mastered in regards to monetisation.

If a developer can merge a western approach with the monetisation models Japanese studios have pinned down, they could be on to something big.

"Free-to-play still seen as milking people for money in the west, but that mentality doesn't exist in Japan as much," added Holmwood.

"Some people spend enormous amounts of money in games they love in Japan, but in return they expect extraordinary levels of service."

The end result is, gamers rarely feel like they're being ripped off, which means  in turn  developers can charge more providing the content is up to scratch.

It's little surprise, then, that Holmwood cited stats that suggest that an average Japanese free-to-play download on iOS generates three time as much revenue as any other market in the world.

"Why? Well, it's a mature market  Japanese gamers are used to free-to-play," he added.

As such, Marvelous boasts average revenue per paying user (ARPPU) of $250 or more a month in Japan, with many games amassing retention rates of 60 percent or more.

In short, Japan might appear to be a very different market to the US and Europe, but in reality, many of the strategies employed in one region will work in the other.

Indeed, taking on board lessons learned in Japan is something some canny western devs are already doing.

"It's very easy to look at something alien and think there's nothing to learn from it, but there are many things happening in Japan now that we'll be doing in two or three years," said Holmwood.

"Look at CSR Racing. It looks like a racing game but it's essentially a card battler, and that's why it monetises so well."