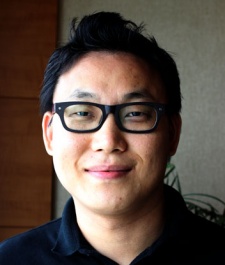 July 30th, 2013 - 01:01am
By Jon Jordan, Contributing Editor
When Korean developer Devsisters was formed in 2009, you couldn't even buy an iPhone in Korea, let alone download apps.

That's changed over the years, of course, with the Korean App Store finally getting its own dedicated game category in 2011.

It did mean that the company's initial focus was overseas markets, particularly the US.

And it saw success, with its Oven Break game downloaded over 20 million times.

That's nothing compared to the impact of its spiritual successor, Devsister's latest game Cookie Run, however.

Released in Korea via the Kakao Games Platform on Android and iOS in April 2013, the simple but addictive social 2D runner/platformer has broken records.

With 10 million downloads to-date, it has 3 million daily active players, and was the #1 top grossing Google Play game in Korea during May (also #6 top grossing on the Apple App Store), already generating the company 'double-digits million dollars' in revenue.

According to market intelligence outfit App Annie, this is enough cash that Devsisters was ranked the #10 top grossing company on Google Play globally during May.

To put that into context, EA was ranked #9 and King ranked #8.

It's a state of affairs that makes Devsisters' CEO Jihoo Lee a very happy if very busy man.

In an over-night visit to the ChinaJoy conference in Shanghahi, it's clear that he's not sitting on his laurels.

He expects a soon-to-be-released update will boost the game back to the top of the Google Play charts in Korea. It's dropped a couple of spots during July.

Lee has also just signed a deal with publisher iDreamsky to bring the game to the Chinese market.

That doesn't other international expansion isn't on the cards. Japan is likely to follow China, with the US release pencilled in for early 2014.

Lee says the 25-strong team can't do everything at once.

"We're focused on success. Providing a high quality game, rather than being fast," he says.

Of course, when it comes to the China, the game will have to be culturalised, as well as the shrinking the current 30 MB file size to under 20 MB to meet the data restrictions of the local market.

Not bad for a game about all about chasing the gingerbread men....