But it's still arguing about billing methods

July 31st, 2013 - 01:39am
By Jon Jordan, Contributing Editor
Given the power of Kakao in Korea and LINE in Japan, the big news in China is, when will Tencent's similar mobile messaging platform WeChat launch its game platform?

With over 400 million subscribers, including 70 million outside of China, WeChat already has massive reach.

Tencent has been testing how games will work with a soft launch of some simple internally-developed titles such as LinkLink.

But the platform doesn't yet integrate any payment system.

Indeed, there appears to be something of a battle between those in Tencent who want to control payments with proprietary billing (i..e prepaid cards and codes), and those who want to let the three big Chinese mobile carriers get onboard.

They can offer one-click operator billing, but obviously will get a share of the revenue, and potentially some power over Tencent.

The gang of four

Nevertheless, Tencent is moving ahead to launch the platform before the end of August.

The first four third-party titles to go live at launch are all internationally-developed and localised for the Chinese market. 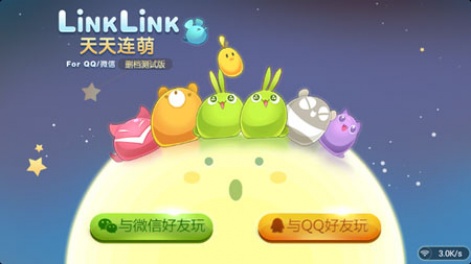 They are EA/PopCap's Plants vs Zombies 2, WeMade's Wolf Moon, Imangi's Temple Run 2 and Halfbrick's Fruit Ninja. The latter two titles are published in China by iDreamsky.

Its EVP Jeff Lyndon said he expected WeChat to provide a strong boost to the Chinese mobile gaming market.

"But I don't think it will start with the same momentum as we've seen in Korea with Kakao," he commented.

"WeChat users aren't necessarily gamers so there will have to be market education."

Reply
jon jordan
I guess what's interesting is whether WeChat users will want to play complex games like Plants vs Zombies 2 or simple ones like Fruit Ninja.

But I guess with 400 million users, yes, even a small percent of those is a big market.
Posted 8 years, 5 months ago

Reply
Dr. Serkan
"WeChat users aren't necessarily gamers so there will have to be market education."
-> That's along the lines (no pun intended) of what LINE in Japan said last year, and now they are extremely successful with their in-app game distribution channel (as everyone knows).

I would be very surprised to see this not work on WeChat in China and their other markets.
Posted 8 years, 5 months ago