But operating profit slides 8% to $171 million

One bright spot was the performance of Mobage in the West, which was profitable for the first time in June.

Revenue from what DeNA calls its international business was around $80 million during the quarter.

And its Chinese business is "approaching breakeven".

Digging down into DeNA figures, the consumption of MobaCoins - the platform's in-game currency - dropped in Japan. 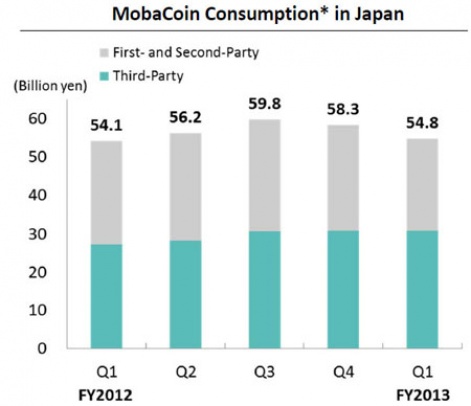 This is higher than DeNA's sales because players don't immediately spend the MobaCoins they purchase, hence there's always some stored value in the system.

Significantly, the majority of MobaCoin consumption comes from browser-based games in Japan, rather than native games - the key driver of revenue in the west.

The company says it plans to release 60 new games during the next 9 months, of which 70 percent will be app-based.

There will be at least 20 new app games released internationally.

It's also looking to boost the percentage of international sales that come from its first and second-party games. 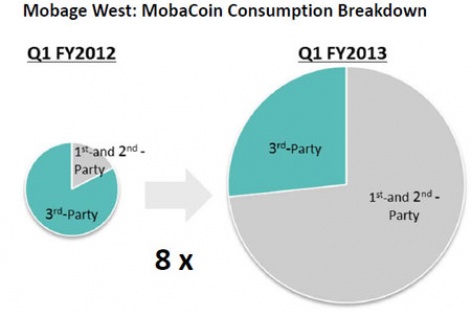 At the moment, the vast majority of sales come from its third-party publishing activities. 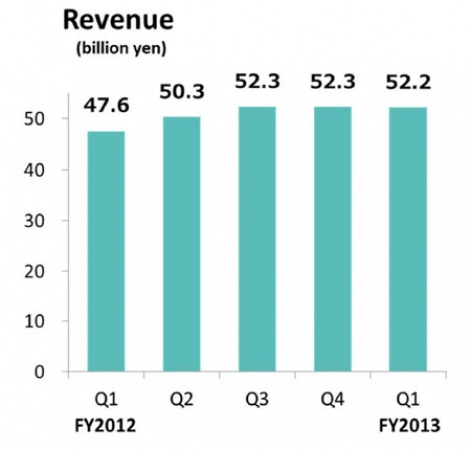