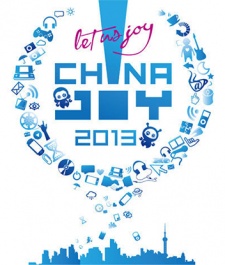 And 2013's event in Shanghai was the biggest ever.

In the main expo, there were 450 exhibitor companies, with over 700 games showcased.

While in the business-2-business area, there were more than 350 companies, and over 20,000 trade visitors from over 20 countries.

The show will return to the Shanghai New International Expo Centre between 31 July to 3 August 2014.

You can check out the details as they're released on the website, or read up on our 2013 show coverage here.