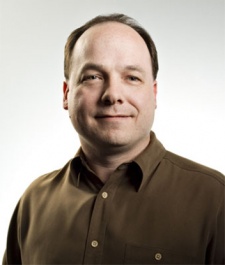 September 10th, 2013 - 11:31am
By Keith Andrew
Little over a year after he left troubled social gaming giant Zynga, former COO John Schappert has pulled the covers off his new studio  a mobile and PC-based free-to-play outfit called Shiver Entertainment.

The deal means that, in exchange for an investment and corresponding equity stake in the company, Nexon will have the rights to publish the studio's releases across the globe.

It's a deal Nexon's CFO and CAO Owen Mahoney  who will also join Shiver's board as a result of the partnership  believes reflects the talent and vision held by studio founder Schappert.

Peas in a pod

"John is one of the world's most respected developers and has been responsible for building some of the industry's most fun and financially successful franchises," said Mahoney.

"This announcement represents another significant milestone in our strategy to build our business in key Western markets by working with world-class developers and bringing our unmatched free-to-play online expertise to global markets.

"We look forward to leveraging the strengths of both companies to develop new, successful franchises loved by players around the world."

Shiver CEO Schappert actually founded the developer back in December, just four months after leaving Zynga. Little is known about what titles the outfit is working on, though Schappert claims the Nexon deal will boost the fortunes of whatever games Shiver comes out with.

"Nexon has an extraordinary track record of successfully partnering with a select few of the best game developers in the world, and we are proud to partner with them," said Schappert.

"It's a perfect match and we are very excited about our bright future together."

The studio is currently on the look out for new talent, claiming on its website that it's "on a mission to make the world's best free-to-play games and build a great company while we're at it."