September 11th, 2013 - 01:24pm
By Keith Andrew
Having made its name specialising in MMORPGs on PC, Chinese outfit Perfect World has announced its intention to "storm" into the world of mobile free-to-play, both developing and publishing a range of titles.

The company has unveiled its intent to focus on 'core genres', such as RPGs, strategy sims, tactical combat titles, MMORPGs and multiplayer online battle area releases (MOBA), with four titles from both US and China-based studios already lined up for launch.

"Perfect World knows how to build great free-to-play games, how to excite hardcore gamers and how to trust great studios with their own creative visions," said the firm's general manager for mobile Fabien-Pierre Nicolas.

"With Perfect World's experience and focus, we believe we will not only break into mobile, but will become a leading mobile developer and publisher."

Interestingly, the company claims it is "willing to take a risk" by partnering with third-party studios on studios that "show a high level of creativity and passion."

The firm's first four such partnerships include the China-based iFree, which is behind trading card release Elemental Kingdoms and San Francisco studio Agent Disco working on RPG release The Null Society.

Also on board is Fugazo from Seattle working on turn-based multiplayer title BombBuds and Austin-based Sneak Games with MOBA release Arena of Heroes. 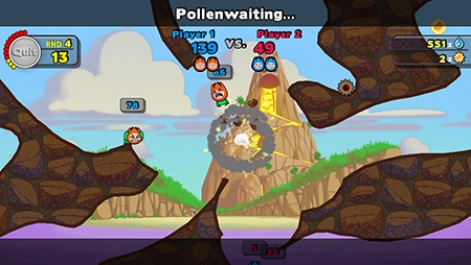 "Perfect World was a natural fit for us," said Fugazo co-founder Andrew Lum of the deal.

"They trusted us day one in our original creative vision for BombBuds and provided advice on our monetisation strategy without over-reaching on our core concepts. They are a rare new breed of publisher."