Nintendo opens up to mobile as giant posts meagre profit

For a marketing tool, at least 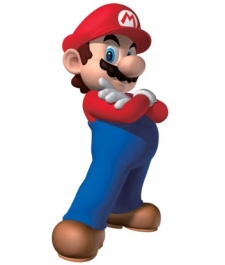 Despite slow Wii U sales, Nintendo has announced a modest profit of ¥600 million (around $6.1 million) for the six months ending September 2013, up from a ¥28 million loss during the same period last year.

Sales at the company slipped, however, down 2.2 percent year on year to ¥196.6 billion ($2 billion), with Nintendo blaming its continued difficulties - in part - on its much maligned home console.

Indeed, the Japanese giant directly cited "advertising activities to increase sales, and research and development for the 'Wii U' software among others".

Despite these less-than-stellar sales figures, however, Nintendo did not make any announcements to alter its hardware-focused business model despite the calls from analysts and investors to expand into the ever-growing mobile gaming market.

Yet as it turns out, Nintendo isn't unilaterally opposed to mobile as a concept.

"We're constantly thinking about how to leverage mobile as a marketing vehicle," said Nintendo of America's President Reggie Fils-Aime when discussing its strategies with CNET.

"How do I give little tastes of content, little experiences that then drive the consumer back to my hardware environment?", Fils-Aime added.

These 'little tastes' won't translates to full mobile ports of Mario Bros. any time soon, however.

"When the consumer wants to play Mario, Zelda, and Pokemon, they have to purchase our hardware to do so. And that preserves our overall financial model."

And this model is key to bringing Nintendo deeper into the black during the next earnings calls, as it hasn't altered its forecasted ¥100 billion ($1 billion) operating profit for the year with much of its faith riding on the global launch of Pokemon X and Y for the 3DS in October.