Is lightning about to strike twice? 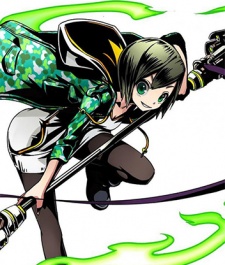 The panel RPG has similar features to Puzzle & Dragons, such as quests, an evolving/leveling-up system, and end of stage boss battles.

1 million in a month

Even more impressive is the fact that Divine Gate only been available to download for just over a month.

It's likely that GungHo will quietly be hoping that its newest title can build on this solid foundation, and go on to replicate the success of Puzzle & Dragons - a game that has over 20 million users in Japan.

The game's success is especially timely, given it comes at a time when Puzzle & Dragons' growth is slowing in its native Japan. Indeed, profits fallen at the developer in its most recent quarter, down 12 percent to $238 million.

For the time being Divine Gate is only available in Japan, however GungHo have confirmed that an international version is on its way.