GDC Next: 'We think crowdfunding is good' 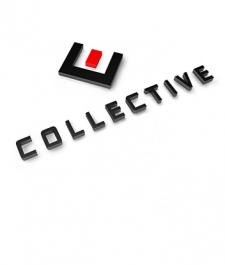 "We don't want to break something that's good," Elliot began, referencing the current crowdsourcing model. "We think crowdfunding is good, and we think gamers funding good projects is good. We want to help that, not hinder that."

And in the abstract, it looks like Collective will accomplish just that. Unfortunately, however, it won't be doing it in the mobile space.

The platform requirements for Collective projects are currently PC-only, although Elliott noted that "mobile and tablet might be an expansion in the future."

Here's a quick rundown of how Collective works: developers pitch an idea for a game to Square Enix that's checked against basic parameters (IP ownership, etc.), which is then presented to the Collective community for a feedback cycle of 28 days.

After a month of meaningful dialog between developers and potential players, the community then votes on whether the game should go onto crowdfunding.

If the answer's yes, and the developer is still interested, Square Enix then conducts a Team Assessment to make sure the proposed Indiegogo goal will cover needed resources for the game.

"We don't want to dictate that, but at the end of the day if it's going to go through crowdfunding we want to make sure you have a realistic budget," he explained.

Assuming that's all cleared, it's onto crowdfunding and then, hopefully, development, and distribution - all with Square Enix's help available along the way.

After laying out the bare bones of Collective, Elliott then quickly explained what Collective isn't.

It's not a plan to take a developer's IP, it's not an attempt to dictate development, and it's certainly not a bid to take over the crowdfunding scene.

"We want to add options to the scene, not replace them." Elliott noted.

And certainly, developers who go through Collective will still have a lot of autonomy.

They'll be completely responsible for their game's development and pricing models, and they can even choose whether they'd like the Square Enix logo to appear with their finished product.

Square Enix plans to take a percentage of raised funds - in the neighborhood of 5 percent - to cover internal costs, although Elliott noted this might switch to a flat fee.

Additionally, developers who agree to Collective must also agree to keep their game in front of the community for the full 28 day assessment period.

"We don't want to pull things down after five days if you feel like you've gotten what you need and besides, it's a great opportunity to interact with people who might want to buy your game," he detailed.

Once the 28 day period is over, however, prospective developers with original IP are under no obligation to continue and they're free to handle crowdfunding on their own if they no longer feel that the Collective is needed.

Those who chose to avail themselves of Square Enix's legacy IP don't enjoy the same freedom, however.

"It'd be a little weird to see our IP published by another company" Elliott mused.

As for the IP available to developers, Elliott revealed - for the first time - that the Gex, Fear Effect, and Anachronox intellectual properties would be available for developers to use through Collective.

But even in these cases, Elliott is an advocate for creativity.